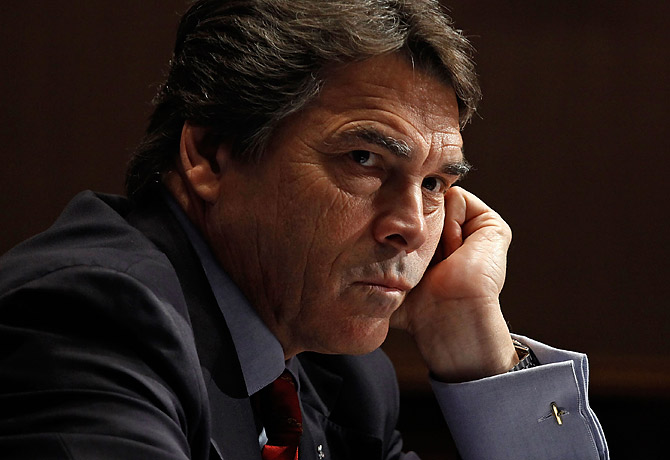 From Huffington Post: As governor of Texas, Rick Perry has pursued an agenda that would gut Texas’ public university system in favor of something that more closely resembles a business.

As the Washington Post reported on Thursday, professors have been ranked according to how profitable they were to the university. Previous reports suggested Perry wanted to treat students as “customers” and tie teacher bonuses to anonymous student evaluations.

One reason that might explain his hostility toward the system: He didn’t do very well in it.

A source in Texas passed on Perry’s transcripts from his years at Texas A&M University. The future politician did not distinguish himself much in the classroom. While he later became a student leader, he had to get out of academic probation to do so. He rarely earned anything above a C in his courses — earning a C in U.S. History, a D in Shakespeare, and a D in the principles of economics. Perry got a C in gym.

Perry also did poorly on classes within his animal science major. In fall semester 1970, he received a D in veterinary anatomy, a F in a second course on organic chemistry and a C in animal breeding. He did get an A in world military systems and “Improv. of Learning” — his only two As while at A&M.

“A&M wasn’t exactly Harvard on the Brazos River,” recalled a Perry classmate in an interview with The Huffington Post. “This was not the brightest guy around. We always kind of laughed. He was always kind of a joke.”

I know during President George W. Bush’s time in office, a lot of people who supported him said that college grades weren’t a big deal to them.  I’m assuming the same folks will have the same opinion this time around.