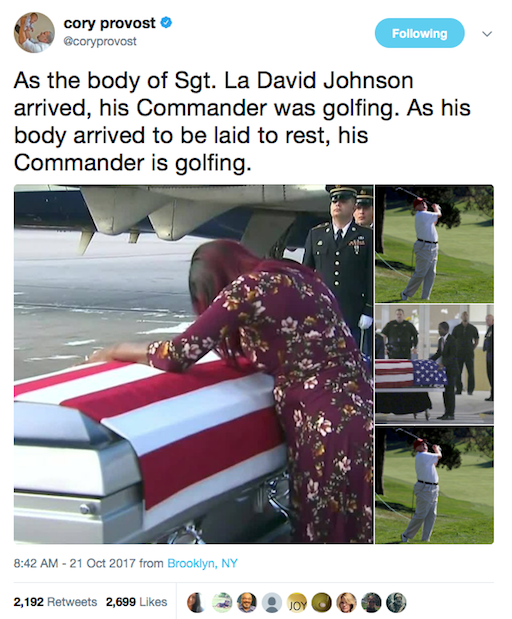 New York City Council candidate Cory Provost notes the sad truth that Donald Trump, who professes to hold our military service members in the highest regard, was playing golf when Sgt. La David Johnson’s body was returned to the U.S. and when he was laid to rest.