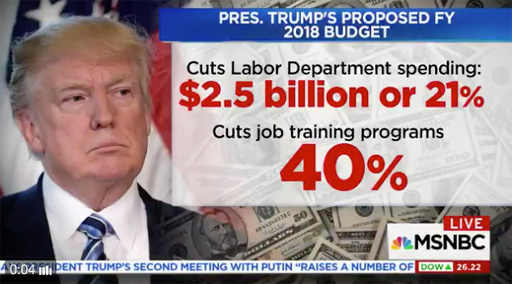 The Trump administration may be promoting “Made in America” week at the White House, but that theme doesn’t quite jive with the budget proposed by the administration which, if passed, would cut 40% from federal job training programs.

Those programs are vital for helping train American workers for new jobs.

Watch the report below from MSNBC.

Important note from @SRuhle: Trump’s ‘Made in America’ week is at odds w/ his proposed budget—which calls for cuts to job training programs. pic.twitter.com/N9KgXnYlul