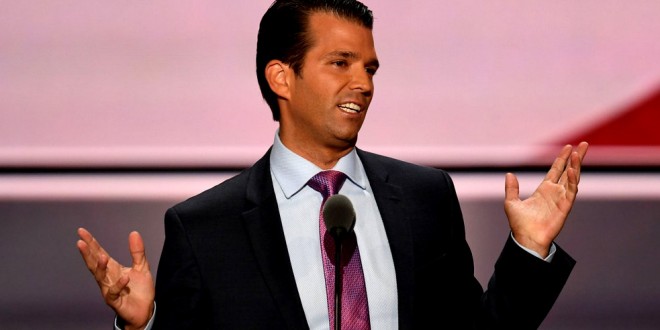 People.com reports that Donald Trump Jr., who is currently in the spotlight for his June 2016 meeting with a “Russian government attorney” who promised to deliver dirt on Hillary Clinton at the height of the presidential campaign, is “miserable” having his father in the White House and can’t wait for the four year term to end.

Long outshone by his sister—first at the Trump Organization and now in the White House, where she and her husband, Jared Kushner, have West Wing offices and White House titles—Don Jr. has had a harder time adapting to life after the election.

Most weekends, he escapes Trump Tower Manhattan to a rustic cabin upstate with his wife, Vanessa, and their five children. He’s a regular at the Riverside Café in Roscoe, New York, where the manager says Trump Jr. is “good people,” doesn’t seek attention, and “never has his hair slicked back like he does on TV.”

A friend of the Trump brothers tells PEOPLE they hate their role as First Sons: “Eric and Don, they never wanted this.”

Adds a source in their circle: “Don can’t do any deals, because he’ll be overly scrutinized. He just goes to work every day and is miserable.”