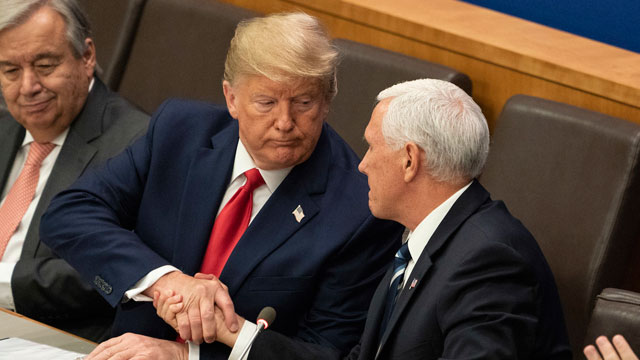 As we begin National Adoption Month, the Trump administration has proposed a change in regulations aimed at allowing tax-payer funded adoption agencies to refuse to place children with LGBTQ families due to religious objections.

The new policy, proposed by the Department of Health and Human Services, would reverse an Obama-era rule that prohibited organizations with contracts with the federal government, including adoption agencies, from discriminating based on sexual orientation.

By removing sexual orientation and gender identity from the current list of factors that violate the HHS rules, religious-based adoption, and foster care agencies would be able to accept federal taxpayer money while treating same-sex marriages differently from opposite-sex marriages.

Earlier this year, the Trump administration issued a waiver that permits adoption agencies in South Carolina to receive tax dollars while refusing to follow the current non-discrimination policies.

The proposed change would go further, however, allowing all recipients of HHS grants to turn away LGBTQ people under the guise of ‘religious freedom.’

Homeless youth shelters, HIV and STI prevention programs, opioid programs, substance-use recovery programs and more would all be allowed to discriminate based on sexual orientation or gender identity.

LGBTQ advocacy groups were outraged at the news.

Julie Kruse of Family Equality issued a statement that read, in part, “The American public overwhelmingly opposes allowing taxpayer-funded adoption and foster care agencies to turn away qualified parents simply because they are in a same-sex relationship.”

“Children should never be denied the opportunity to join a stable, loving family – even if that means the family is LGBTQ,” said Sarah Kate Ellis, President and CEO of GLAAD. “Research has shown LGBTQ families provide the same kind of love, protection, and support as other families and no child should be denied that kind of environment.”

“The Trump Administration has once again demonstrated how they prefer to prioritize the gross work of anti-LGBTQ activists over the safety and well-being of our children,” she added.

From Mara Keisling, executive director of the National Center for Transgender Equality:

“This rule is an abuse of taxpayer dollars in the name of empowering hatred and bigotry towards society’s most vulnerable members. Stigma and prejudice are fueling a public health crisis among transgender people across the country, one that manifests itself as suicide, addiction, intimate partner violence, and HIV. Enabling providers of life-saving services to worsen these crises by rejecting transgender people is a moral crime and a severe abdication of HHS’s mission to preserve public health.”

This rule will openly encourage discrimination on the basis of sex, sexual orientation, gender identity, AND religion in *all* HHS programs.

This is taxpayer-funded discrimination. Religion is NOT a #LicenseToDiscriminate.

This is all horrifically true. Trump and Pence have proposed a regulation that would allow ALL programs that receive funding from HHS to discriminate against LGBTQ people, religious minorities, etc. https://t.co/fiKNn6V5tJ

Anti-LGBTQ Christian conservatives, however, were thrilled.

Tony Perkins, of the anti-LGBTQ Family Research Council, announced, “Thanks to President Trump, charities will be free to care for needy children and operate according to their religious beliefs and the reality that children do best in a home with a married mom and dad.”