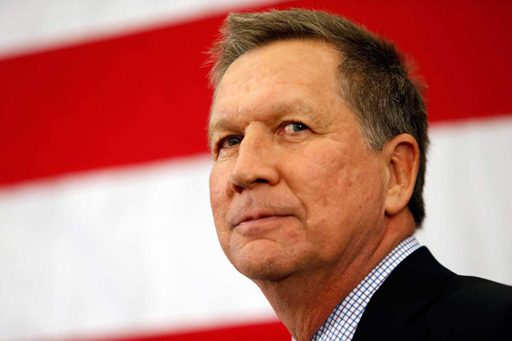 Pointing to Balderson’s less-than-1-percent advantage over Democrat Danny O’Connor, Kasich made the case that the slim margin was due to Trump’s constant “chaos” which has become a turn-off for moderate suburban women in last Tuesday’s special election.

Trump slapped back at Kasich on Twitter, and Kasich didn’t pause to throw some shade of his own with a laughing Putin gif.

The very unpopular Governor of Ohio (and failed presidential candidate) @JohnKasich hurt Troy Balderson’s recent win by tamping down enthusiasm for an otherwise great candidate. Even Kasich’s Lt. Governor lost Gov. race because of his unpopularity. Credit to Troy on the BIG WIN!