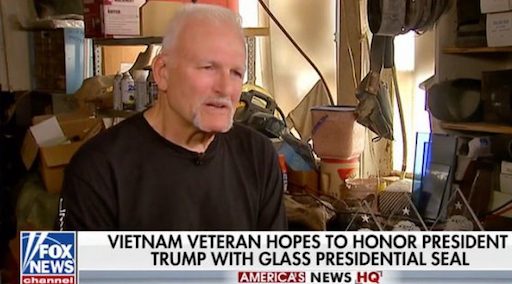 Well, this must have taken some serious stones.

Twelve days ago, Fox News ran a story about a Trump supporter who claimed to be a decorated Vietnam War Navy SEAL. The man had created an enormous glass presidential seal with the hope that he could present it to Donald Trump.

Turns out the artist had inflated his military record. A lot.

The Washington Post is reporting today that the Trump supporter never served as a Navy SEAL or in Vietnam, much less earned commendations for his service.

In the segment, John Garafalo said he served in the Vietnam War with the U.S. Navy SEAL team. Fox News reported that he also received two Purple Hearts and about two dozen other medals for his service.

The man’s claimed record turned out to be a fabrication. It was first discovered by former Navy SEALs. Both these SEALs and family members of Garofalo contacted Fox News about the story, according to the Navy Times.

Don Shipley, a retired SEAL, told the Navy Times that he contacted Fox on Oct. 9, the day after the story ran.

But the story was still on the news outlet’s Facebook page on Oct. 19. By then it had amassed 1.5 million views.

Fox published a correction on Thursday.

“All of Garofalo’s claims turned out to be untrue,” Fox’s correction stated. “The fact is that he did not serve in Vietnam. He was never a U.S. Navy SEAL. Even though he showed us medals, Garofalo was not awarded two Purple Hearts or any of the other nearly two dozen commendations he claimed to have received, except for the National Defense Service Medal.”

Garofalo served in the Navy from Sept. 6, 1963, to Sept. 6, 1967, according to military records obtained by the Navy Times. He told the newspaper he’s been lying about being a Vietnam veteran and a Navy SEAL for years.

“It got bigger and bigger,” Garofalo told the newspaper in a telephone interview. “What I did I‘m ashamed of, and I didn’t mean to cause so much disgrace to the SEALs.” 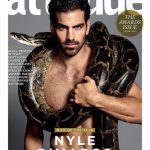 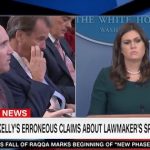 White House: It's "Highly Inappropriate" To Question Chief Of Staff Kelly Even Though He Was Wrong 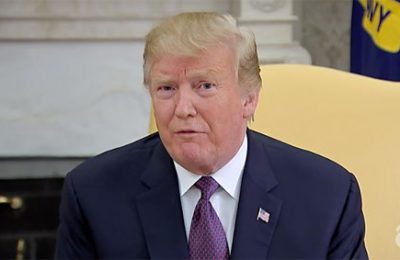 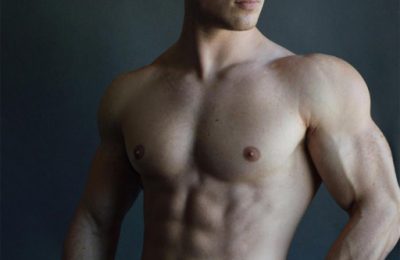