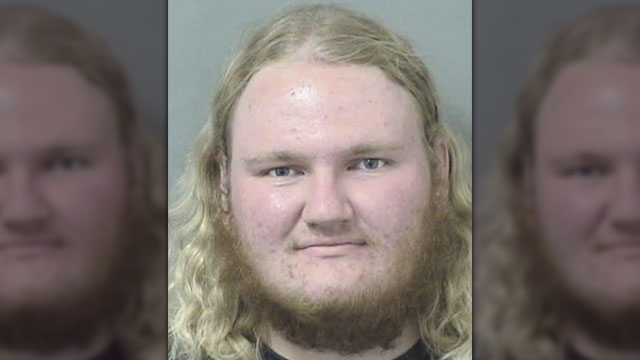 Incidents like this really beg the question “What were they thinking???”

Alexander Jerich, 20, turned himself in to the police Thursday afternoon after cellphone video went viral showing him purposely defacing the LGBTQ Pride rainbow walk in Delray Beach earlier this week.

Under a new law (Section 806.135, Florida Statutes “Destroying or demolishing a memorial or historic property”), this would be considered a 2nd degree felony. Jerich could face up to 15 years in prison if found guilty.

Nicholas Coppola is a member of the Palm Beach County LGBTQ Community Center in Lake Worth Beach, and one of the leaders behind this rainbow artwork that was years in the making.

“There are many things that indicate this is a hate crime targeted against the community,” Coppola said. “I hate to say I was saddened, but not surprised. There’s a part of me that expected it. Unfortunately, we deal with this every day.”

The city had just unveiled the new intersection on Saturday. The artwork was dedicated to those who lost their lives in the Pulse Nightclub shooting in Orlando five years ago.