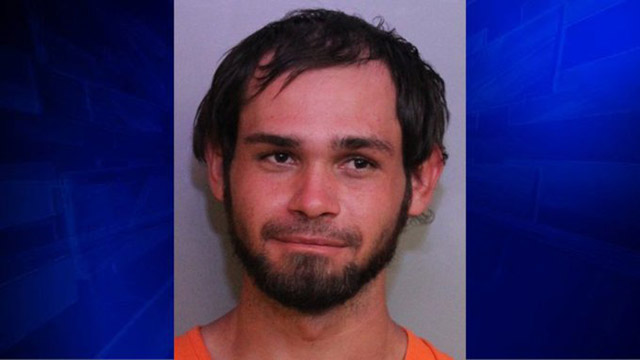 Police say a 26-year-old Trump supporter stole a bulldozer from a construction site and drove through the front yards of a Black neighborhood in Florida in order to remove pro-Joe Biden campaign signs.

In addition to the private property destroyed, the man – James Blight – ran down a speed limit sign and tore through a fence.

Residents in a predominantly Black neighborhood in Haines City, Fla., knew something was off on Saturday when they saw a young White man driving a bulldozer on the street. As he made his way down the block, the man began running over every lawn sign in sight supporting Joe Biden.

“This man came onto my property, took the two Joe Biden signs I had in my yard and then came back with a bulldozer to run down my fence,” Adam Burgess, a local homeowner, told Bay News 9.

The man, later identified by police as 26-year-old James Blight, was charged with grand theft auto and trespassing, according to the outlet.

The incident in Florida is the latest example of increased tensions days before the election, as yard signs and other public proclamations of support for either presidential candidate have become a point of contention — and have occasionally led to violence.

Former vice Mayor Adam Burgess told Bay News 9: “To come into our community and destroy property – it speaks to the dog whistles that Donald Trump has been putting out his whole campaign. Stand back and stand by and we have guys in bulldozers doing this. What does the president have to say about that?”

“What does the President have to say about this?” Haines City resident upset about destroyed property after @realDonaldTrump supporter tore down his fence to take @JoeBiden sign from his yard. Full story on @BN9 pic.twitter.com/6agYf6E6OZ