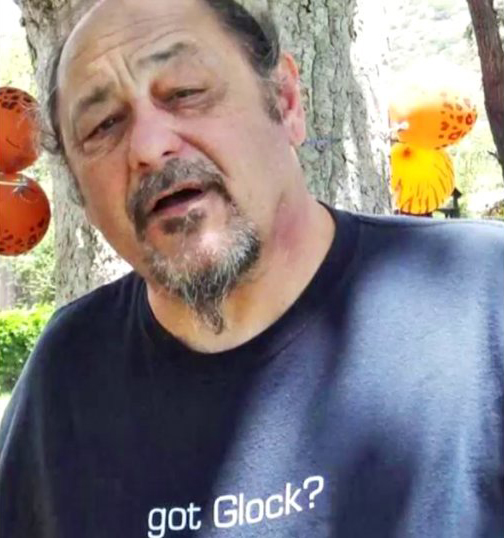 Robert Chain of Encino, California, has been charged with making threatening communications in interstate commerce after he allegedly called in threats to the Boston Globe newsroom 14 times over a 12-day period between August 10 and 22.

The threats apparently stemmed from the Globe’s call for newspapers across the nation to publish op-ed pieces in support of a free press all on the same day.

From the Department of Justice:

In the calls, Chain referred to the Globe as “the enemy of the people” and threatened to kill newspaper employees.

In total, it is alleged that Chain made approximately 14 threatening phone calls to the Globe between August 10 and 22, 2018.

Over 300 newspapers took part in the coordinated editorials.

Homophobic slurs “faggot” and “cocksuckers” were a popular choice of insult used by Chain.

According to an affidavit filed by the FBI, Chain said in an August 13 phone call, “Hey, how’s your pussy smell today, nice and fresh? We are going to shoot you motherfuckers in the head, you Boston Globe cocksuckers. Shoot every fucking one of you.”

During a call on August 16, Chain used the word “faggot” as he continued to threaten the Globe, which he referred to as “the enemy of the people.”

In a call on August 22, the 68-year-old told the Globe, “You are the enemy of the people, and I want you to go fuck yourself.” Chain added that he would continue with this threats “as long as you keep attacking the President.” Chain went on to use the term “fake news” in that same phone call.

The phrases “enemy of the people” and “fake news” have been used many times in past months by President Trump as he has attacked various news outlets in public statements.

I just cannot state strongly enough how totally dishonest much of the Media is. Truth doesn’t matter to them, they only have their hatred & agenda. This includes fake books, which come out about me all the time, always anonymous sources, and are pure fiction. Enemy of the People!

In fact, since the deadly gun shooting in June at the Maryland newspaper, The Capital Gazette, Trump has used the term nine times.

When police entered Chain’s home, they found over 20 firearms and hundreds of rounds of ammunition.

Chain faces a possible five year prison sentence, one year of supervised release, and a fine of $250,000.