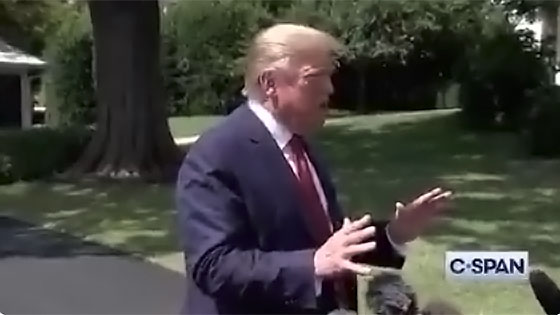 Donald Trump took to Twitter to quote conservative radio host Wayne Allyn Root, who referred to him as the “King of Israel” and the “second coming of God.”

The Donald not only thanked Root but quoted him in full.

This followed Trump telling reporters that Jewish people who vote for Democrats show “either a total lack of knowledge or great disloyalty.”

Here's the video of Trump saying, "I think any Jewish people that vote for a Democrat, I think it shows either a total lack of knowledge or great disloyalty."
Via CSPAN pic.twitter.com/ZKv4qP6tQ1

Michelle would have stopped that shit before it happened because well they live together unlike Melania and trump pic.twitter.com/u9VYiuQtDE

BOW BEFORE THE KING OF ISRAEL! pic.twitter.com/O6eOB7K6Xk