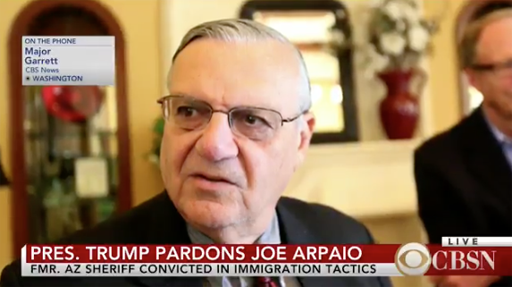 As the world is focused on Hurricane Harvey bearing down on the Texas coast, Donald Trump pardoned former Arizona sheriff Joe Arpaio who was convicted of criminal contempt of court for continuing his harsh treatment of suspected illegal immigrants.

In a two-paragraph statement, the White House said that Mr. Arpaio gave “years of admirable service to our nation” and called him a “worthy candidate for a presidential pardon.”

Mr. Trump, who made cracking down on illegal immigration a signature campaign issue and had pressed for local officials to do more to assist federal authorities in rounding up undocumented people, had been openly flirting with the idea of pardoning Mr. Arpaio.

“I won’t do it tonight because I don’t want to cause any controversy,” the president said Tuesday night at a campaign-style rally in Phoenix, after asking, “Was Sheriff Joe convicted for doing his job?”

Mr. Arpaio, 85, served for 24 years as sheriff of Maricopa County, which includes Phoenix, building a national reputation for harsh conditions in his county jail, and for his campaign against undocumented immigrants.

The criminal conviction grew out of a lawsuit filed a decade ago charging that the sheriff’s office regularly violated the rights of Latinos, stopping people based on racial profiling, detaining them based solely on the suspicion that they were in the country illegally, and turning them over to the immigration authorities.

A federal district judge hearing the case ordered Mr. Arpaio in 2011 to stop detaining people based solely on suspicion of their immigration status, when there was no evidence that a state law had been broken. But the sheriff insisted that his tactics were legal and that he would continue employing them.

He was convicted last month of criminal contempt of court for defying the order, a misdemeanor punishable by up to six months in jail.

“No one is above the law and the individuals entrusted with the privilege of being sworn law officers should always seek to be beyond reproach in their commitment to fairly enforcing the laws they swore to uphold. Mr. Arpaio was found guilty of criminal contempt for continuing to illegally profile Latinos living in Arizona based on their perceived immigration status in violation of a judge’s orders. The President has the authority to make this pardon, but doing so at this time undermines his claim for the respect of rule of law as Mr. Arpaio has shown no remorse for his actions.”

The other Arizona Senator, Jeff Flake, dispatched this lame missive via Twitter:

Regarding the Arpaio pardon, I would have preferred that the President honor the judicial process and let it take its course.— Jeff Flake (@JeffFlake) August 26, 2017 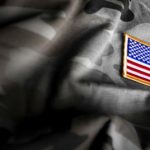 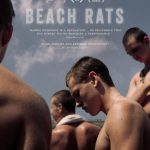 What To Watch This Weekend

Conservative George Will Leaves GOP Over Trump: “Make Sure He Loses” 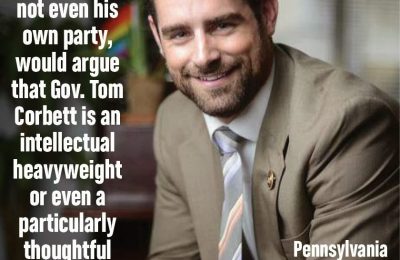 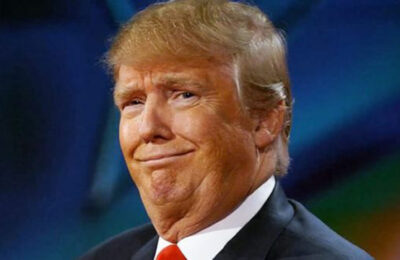