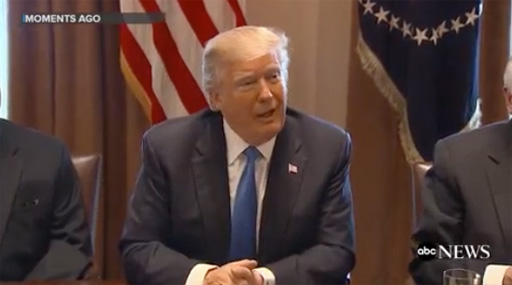 During an open meeting of lawmakers at the White House today, Donald Trump told reporters he would beat media billionaire Oprah Winfrey in a presidential race were she to run.

“I’ll beat Oprah. Oprah would be… a lot of fun. I know her very well. You know I did one of her last shows. She had Donald Trump – this was before politics. No, I like Oprah, but I don’t think she’s gonna run”

After Oprah’s electrifying 9-minute speech at the 2018 Golden Globe Awards Sunday, pundits have been salivating at the idea of Oprah Winfrey running for president in 2020.

You might recall many felt Trump wouldn’t run for president either.