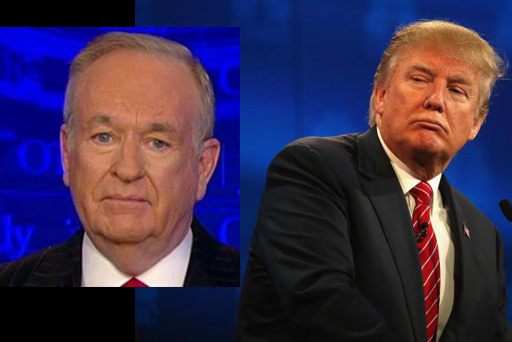 President Trump, who knows a bit about being accused of sexual harassment, defended Fox News’ Bill O’Reilly in an interview with The New York Times today.

O’Reilly has come under fire as news emerged that he has settled at least 5 lawsuits alleging sexual harassment to the tune of $13 million.

“I think he’s a person I know well — he is a good person,” said Mr. Trump, who during the interview was surrounded at his desk by a half-dozen of his highest-ranking aides, including the economic adviser Gary Cohn and Chief of Staff Reince Priebus, along with Vice President Mike Pence.

At last count, over 20 companies have dropped their advertising on The O’Reilly Factor in light of the allegations.

As just about everyone in the free world knows, Trump himself has been the subject of multiple claims of sexual harassment. He denied them all.