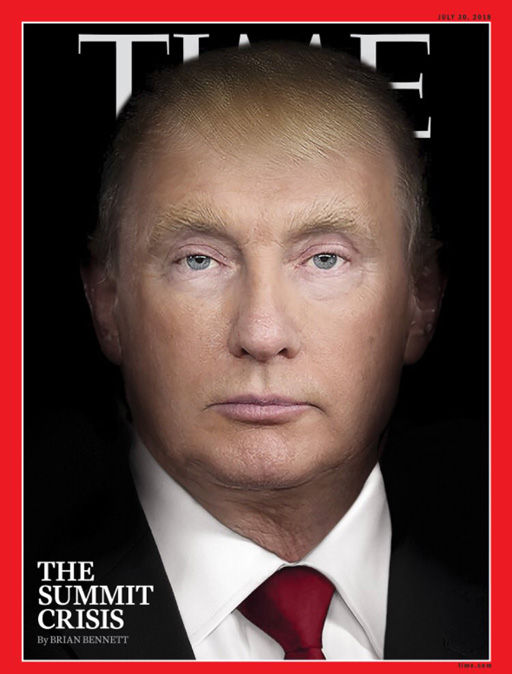 Donald Trump graces the covers of both TIME and The New Yorker this week.

In the TIME cover, the editors have merged the faces of the Trumpster and Vladimir Putin into one image, because, well, they have become one.

And from The New Yorker:

A little more than three years ago, Donald Trump descended an escalator in Trump Tower to announce his candidacy for the Presidency. That image makes a return in Barry Blitt’s latest cover, which remarks on Trump’s performance during and after his summit with Vladimir Putin, in Helsinki. 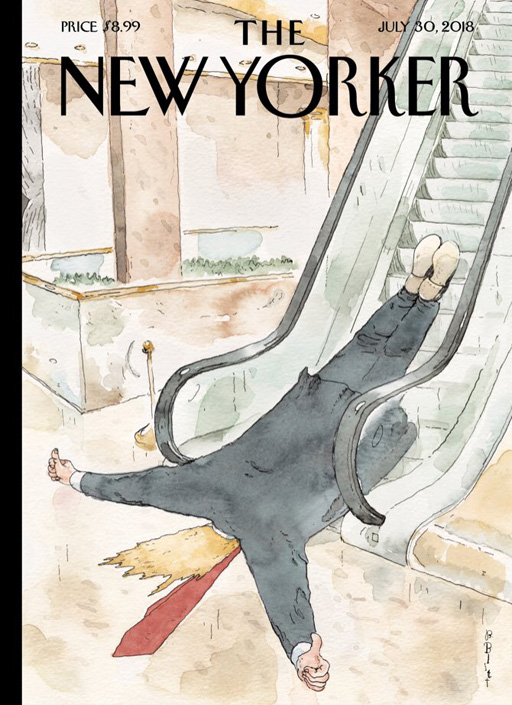