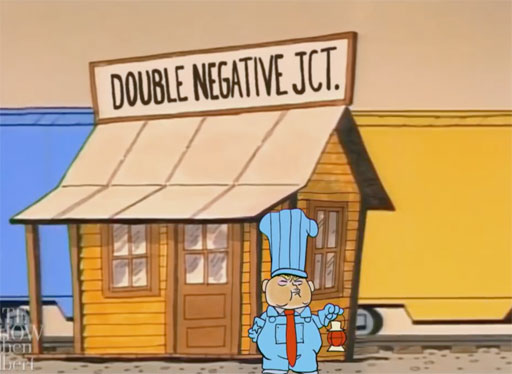 From The Late Show with Stephen Colbert:

“The newest Schoolhouse Rock! song explains double negatives and how the president doesn’t not use them to lie.”

In an effort to explain the now-popular ‘double negative’ defense by Donald Trump (hey, it can happen to anyone speaking on the world stage on behalf of the most powerful nation in the world), The Late Show harkens back to the 70s ‘Schoolhouse Rock’ to explain what it was that
Trump was trying to say.