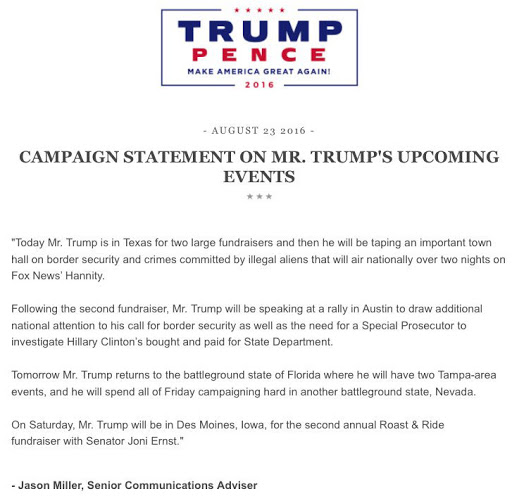 “Today, Mr. Trump is in Texas for two large fundraisers and then he will be taping an important town hall on border security and crimes committed by illegal aliens that will air nationally over two nights on Fox News’ Hannity.”

Meanwhile, the Trumpster has cancelled other events scheduled for this week with no explanation.

#ManyPeopleAreSaying there’s a health issue involved. Not me, of course, but many people.