Former Trump campaign foreign policy adviser George Papadopoulos has pleaded guilty to lying to the FBI about interactions with foreign agents with close contact to the Russian government.

Gates, 45, is a longtime business associate of Manafort, 68, having worked together since the mid-2000s, and served as his deputy on the campaign. The two were indicted under seal on Friday, a source with direct knowledge of the matter said.

The charges against Manafort and Gates are unrelated to the Trump campaign, but Papadopoulos’ guilty plea brings the Mueller probe into actions that occurred during the 2016 campaign.

Papadopoulos lied to FBI agents “about the timing, extent and nature of his relationships and interactions with certain foreign nationals whom he understood to have close connections with senior Russian government officials,” according to the complaint. Mueller signed a 14-page statement regarding Papadopoulos’ offense, which lays out of the facts of the case.

The indictment against Manafort and Gates contains 12 counts: conspiracy against the United States, conspiracy to launder money, unregistered agent of a foreign principal, false and misleading US Foreign Agents Registration Act (FARA) statements, false statements, and seven counts of failure to file reports of foreign bank and financial accounts.

The charges do not cover any activities related to the campaign, though it’s possible Mueller could add additional charges.

Note: Papadopoulos was arrested on July 27, 2017, and we are just now hearing about it. While the White House has tons of info leaks going on, Robert Mueller’s investigation is tight and locked down. No leaks coming from his team.

Sorry, but this is years ago, before Paul Manafort was part of the Trump campaign. But why aren’t Crooked Hillary & the Dems the focus?????

….Also, there is NO COLLUSION!

Just so we’re clear, Papadopoulos’ guilty plea is for lying to FBI ABOUT RUSSIA.

Special Counsel Mueller appears to have a cooperating witness, George Papadopoulos. That is significant. Time will tell how significant.

Meanwhile, as the nation focuses on the fact that advisers to the president have been indicted on charges of conspiracy against the United States, this is what Fox News is doing this morning: 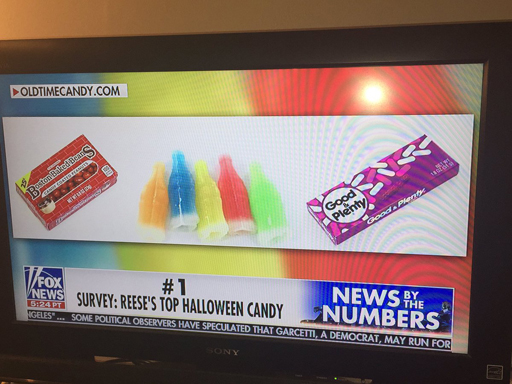