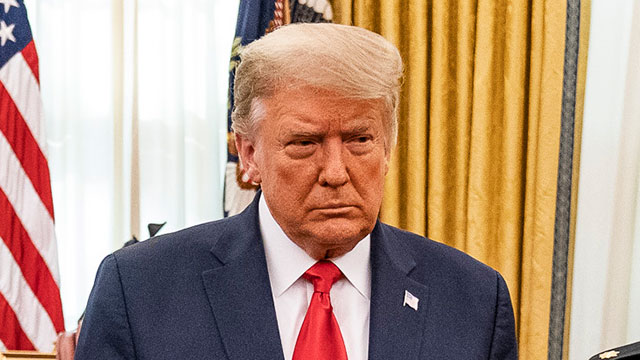 After days of silence, while the U.S. continued to battle with daily COVID-19 deaths exceeding 3,000 per day and the news of a massive cyber spy campaign against the country, Donald Trump finally emerged from his solitude to downplay any role Russia might have had in the attack.

The intrusions into federal agencies reportedly included the State Department, the Treasury, Homeland Security, Energy and Commerce Departments, as well the National Institutes of Health.

Even though Secretary of State Mike Pompeo told conservative pundit Mark Levin on Friday that Moscow is responsible for the computer hacks – “This was a very significant effort, and I think it’s the case that now we can say pretty clearly that it was the Russians that engaged in this activity” – Trump continues to defend Russia and its leader, President Vladimir Putin. 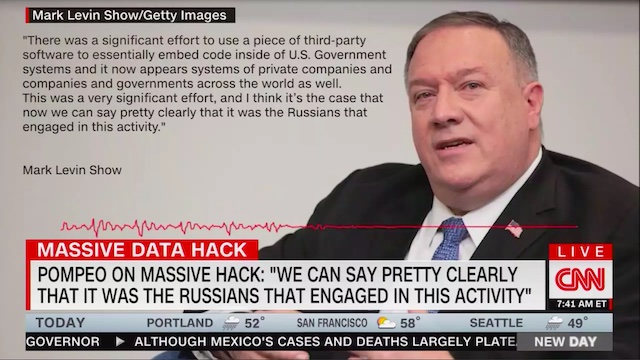 Trump tweeted this morning that he has been “fully briefed” on the incident (I’d hope so) and deflected responsibility from Russia by suggesting “it may be China.”

Tagging Pompeo, Trump tamped down concerns writing, “The Cyber Hack is far greater in the Fake News Media than in actuality. I have been fully briefed and everything is well under control.”

He then careened back to his baseless claims that he won the presidential election (he didn’t) by suggesting cyber hackers might have “hit on our ridiculous voting machines during the election.”

Factcheck: Trump’s own cyber experts at the Department of Homeland Security have guaranteed no voting apparatus was infiltrated during the election.

….discussing the possibility that it may be China (it may!). There could also have been a hit on our ridiculous voting machines during the election, which is now obvious that I won big, making it an even more corrupted embarrassment for the USA. @DNI_Ratcliffe @SecPompeo

Once again, Trump denies and downplays Russia’s interference in a major aspect of American society. First it was the 2016 election, then it was the bounty scandal and now the hacking fiasco – as always, Trump sides with Russia. It’s truly appalling!

Dude, your own secretary of state Mike Pompeo admitted that it was Russia hacking us.

You are the most cowardly, deluded, traitorous POS to ever befoul the Oval Office. WTF, Spanky?

The President of the United States this morning just took the side of and defended the country that attacked us. That’s treason. Donald Trump is a traitor.