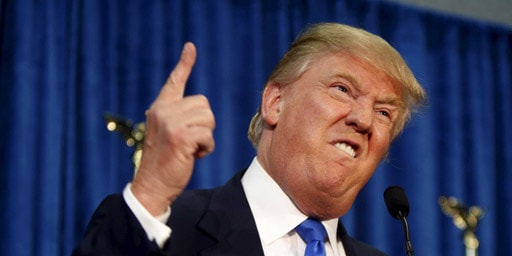 Over the weekend, Sanders confirmed (via her official White House press secretary Twitter account) that the owner of The Red Hen in Lexington, Va. asked her to leave while she dined out with a group of people.

Speaking to The Washington Post after the incident, the owner of the restaurant, Stephanie Wilkinson, shared that she asked Sanders to leave, in part, because of the Trump administration’s proposed ban on transgender military service members.

“I’m not a huge fan of confrontation,” Wilkinson said. “I have a business, and I want the business to thrive. This feels like the moment in our democracy when people have to make uncomfortable actions and decisions to uphold their morals.”

This followed a spate of confrontations of Trump administration officials including Department of Homeland Security Secretary Kirstjen Nielsen at a Washington, D.C. restaurant over the administration’s immigration policy and White House policy adviser Stephen Miller at a Mexican restaurant.

The Red Hen Restaurant should focus more on cleaning its filthy canopies, doors and windows (badly needs a paint job) rather than refusing to serve a fine person like Sarah Huckabee Sanders. I always had a rule, if a restaurant is dirty on the outside, it is dirty on the inside!

Folks were quick to point out to the Trumpster that his own Mar-a-Lago resort has had its share of health code violations.

My saying: “If a *resort* is cited 78 times for health violations – including unsafe seafood, insufficiently refrigerated meats, rusty shelves, cooks without hairnets, and black/green mold-like substance in the ice machine, it must be Mar-a-Lago!”https://t.co/qWyhU561RS

Some who defend baker’s right to refuse service to gay couples, whine re ppl refusing service to a person who’s the face of a deceitful Administration. What’s good for the goose, is good for the Red Hen. Difference is, being gay is not a choice. Being an accomplice to Trump, is.