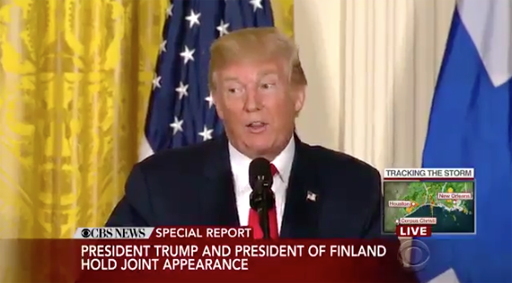 During a press conference with the president of Finland, Donald Trump was asked if he considers Russia to be a security threat.

His answer: “Well, I consider many countries as a security threat.”

Q: Do you consider Russia a security threat?

Trump: “Well, I consider many countries as a security threat.” (via CBS) pic.twitter.com/4WOK1KfhQC

During the same press conference, Trump was asked why he pardoned former Arizona Sheriff Joe Arpaio during Hurricane Harvey.

“I assumed the ratings would be higher,” he replied.