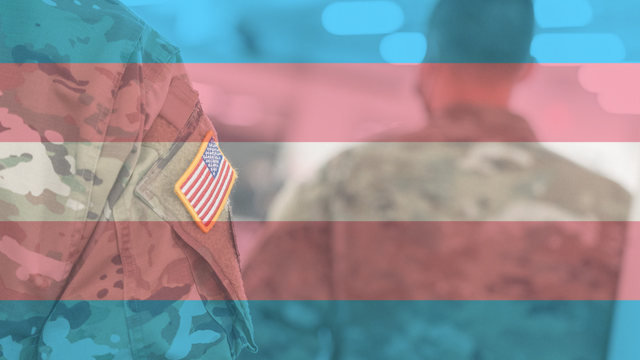 “President Biden believes that gender identity should not be a bar to military service, and that America’s strength is found in its diversity,” read a statement from the White House.

“Allowing all qualified Americans to serve their country in uniform is better for the military and better for the country because an inclusive force is a more effective force,”

“Simply put, it’s the right thing to do and is in our national interest.”

In addition to reversing Trump’s ban on transgender service members, Biden’s executive order requires corrections to the record of any soldier affected by the ban.

A Gallup poll conducted in June 2019 showed 71% of Americans support allowing transgender Americans to openly serve in the military.

Today, I repealed the discriminatory ban on transgender people serving in the military. It’s simple: America is safer when everyone qualified to serve can do so openly and with pride.

President Biden fulfilled another crucial pledge, repealing the transgender military ban to ensure everyone who’s qualified to serve in the military can do so openly and free from discrimination. pic.twitter.com/b24PHI9OII

This is a *decade* in the making and here's how we (@TransEquality, @sparta_pride & @Transveteran and many others) did it! (a thread)

CBS News reports that the Biden administration is expected to repeal the ban on transgender military servicemembers as soon as Monday.

The senior Defense official told CBS News the repeal will be through executive order signed by President Joe Biden.

The announcement is expected to take place at a ceremony with newly-confirmed Defense Secretary Lloyd Austin, who will order the Pentagon to go back to the policy enacted in 2016 by former Defense Secretary Ash Carter that allowed transgender Americans to serve openly.

Biden mentioned his plan to reverse the trans ban often on the campaign trail.

“I truly believe, Senator, that as I said in my opening statement, that if you’re fit and you’re qualified to serve and you can maintain the standards, you should be allowed to serve,” Secretary Austin said during his Senate confirmation hearing. “And, you can expect that I will support that throughout.”

Donald Trump instituted the transgender military ban in July 2017 as part of a deal with a group of House Republicans.

The GOPers threatened to block funding of Trump’s Mexico wall if he didn’t prohibit the U.S. military from paying for or supplying healthcare for trans service members. Trump took the request further and banned any new transgender applicants from serving.

Over 20 retired generals and admirals denounced the policy saying the ban was “a troubling move backward.”

Ending the trans military ban is huge for trans service-members & veterans, but also for everyone who wants a future free of discrimination. We are proud to have worked on this with the Biden team and so many tireless trans advocates. https://t.co/07e3oMrMbg