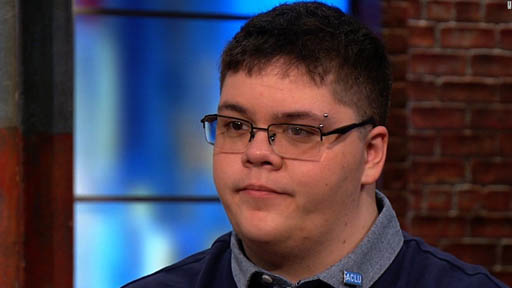 The U.S. District Court for the Eastern District of Virginia has ruled in favor of transgender student Gavin Grimm, reaffirming that both the 14th Amendment of the United States Constitution and Title IX of the Education Amendments of 1972 protect transgender students from discrimination.

In 2014, the Gloucester County School Board in Virginia voted 6-1 in favor of a discriminatory bathroom policy that would force transgender students to use a single-stall restroom. Grimm had previously been allowed to use the boy’s restroom.

In 2015, Grimm sued the Gloucester County, Virginia school board.

Initially, Grimm won his case but there were multiple appeals by the school board.

In 2017, the case reached the U.S. Supreme Court, but the justices refused to hear the case. Instead, they vacated Grimm’s courtroom victory and sent it back to the lower courts.

Today, U.S. District Court Judge Arenda L. Wright Allen ordered the school board to settle with Grimm, who has since graduated.

“I feel an incredible sense of relief. After fighting this policy since I was 15 years old, I finally have a court decision saying that what the Gloucester County School Board did to me was wrong and it was against the law. I was determined not to give up because I didn’t want any other student to have to suffer the same experience that I had to go through.”

“Every student should feel safe at school, regardless of gender identity. Transgender students are covered by Title IX and the United States Constitution and are entitled to the same rights and protections as every other student,” said Cathryn Oakley, State Legislative Director and Senior Counsel.

“With the Trump-Pence administration’s barrage of attacks on LGBTQ people in this country, including against students, we are pleased that yet another federal court decision has reaffirmed legal rights and dignity of transgender people,” continued Oakley. “Congratulations to Gavin Grimm and the American Civil Liberties Union on this milestone victory.”

Many federal courts, including the court today, have affirmed that Title IX and other federal nondiscrimination laws prohibit discrimination against transgender people, including with respect to restroom access.