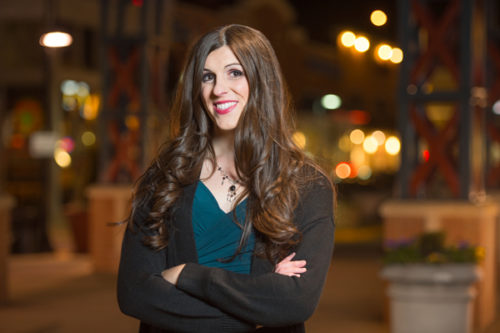 Last night, Danica Roem made history as the first trans person to win a Virginia state legislative primary and could be the nation’s first out trans state lawmaker.

Danica Roem has won the Democratic primary for the Virginia House of Delegates’ 13th District, making her the first out transgender candidate to win a Virginia state legislative primary and giving her a chance to be the nation’s only out trans legislator, if she can beat one of the most anti-LGBT lawmakers anywhere.

Roem today bested three other Democrats, and in November she will face Republican Bob Marshall, who has represented the district for 25 years and is known as “Bigot Bob” and “Sideshow Bob” for his extreme anti-LGBT stances and other far-right positions. The district is centered on Prince William County in northern Virginia, not far from Washington, D.C.

Roem told The Advocate she will fight for “transportation, not discrimination,” as the district sorely needs improvements to its highways and expansion of mass transit. Her other priorities include jobs and education, but Marshall, she said, has been focused on proposing anti-LGBT legislation. Just this year, he introduced a “bathroom bill” that would not only prevent transgender students from using the restrooms that match their gender identity, but require teachers to out trans kids to their parents. He used the debunked argument that in the absence of such a measure, men would pretend to be transgender prey on women in restrooms.

He also led the movement to block a gay prosecutor from a judgeship in Virginia, saying a gay person would not be “temperamentally suited” to the job; that gay people shouldn’t serve in the military because they might have HIV; and that if a woman has an abortion, “nature takes its vengeance on the subsequent children,” making them more likely to have disabilities.

The election will be held November 7.