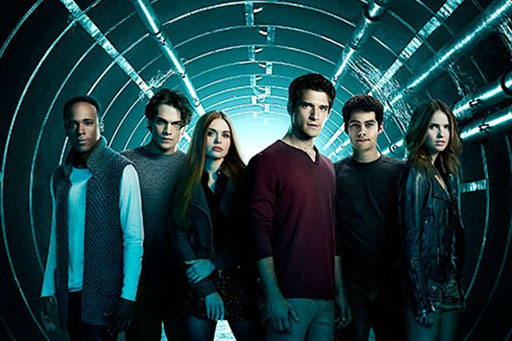 Fans of MTV’s Teen Wolf get our first look at the final 10 episodes of the hit series in the newly released trailer below.

In the clip it seems several past cast members return for the big finish including Colton Haynes (who hasn’t been seen since season 2), Tyler Hoechlin (last seen season 4), and Charlie Carver (last seen season 3).

In the trailer, war has come to Beacon Hills and Scott (Tyler Posey) and the rest of his supernatural pals find themselves hunted. Naturally, it’s time to call in the cavalry.

“You didn’t think you were doing this without me, did you?” Stiles (Dylan O’Brien) asks his old pal. And he’s just the first of the surprising returns.

“Without us?” a familiar voice asks immediately after Stiles, as the camera pulls back to reveal Derek Hale (Tyler Hoechlin)—who hasn’t been seen around these parts since season four—standing just outside Stiles’ truck. Cue Scott’s—and our—shocked face.

These final ten episodes pick up with Scott and his pack on the eve of their departure for college, as they discover a new enemy rising in the shadows, which threatens the fate of everything they hold dear. And from the looks of it, Gerard Argent (Michael Hogan) might be at the center of the evil. “Tell him to run,” he offers as a warning for Scott. Uh-oh.

Fans of the show have celebrated the multiple LGBT characters and storylines over five and a half seasons.