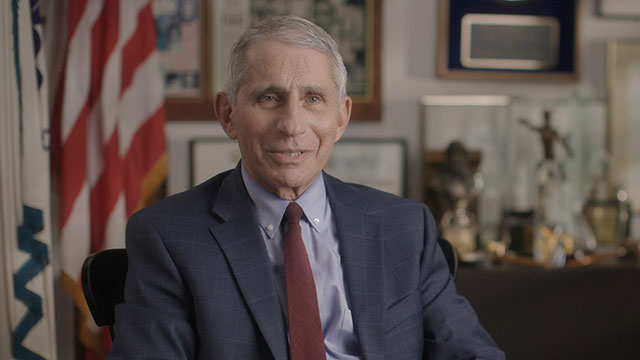 A world-renowned infectious disease specialist and the longest-serving public health leader in Washington, D.C., he has valiantly overseen the U.S. response to 50 years’ worth of epidemics, including HIV/AIDS, SARS and Ebola.

FAUCI is an unprecedented portrait of one of our most vital public servants, whose work saved millions while he faced threats from anonymous adversaries.

Writing about the film and its subject, The Advocate’s John Casey notes: “Dr. Fauci had no creative control over the film. He was not paid for his participation, nor does he have any financial interest in the film.”

The film debuts in select theaters on Friday, September 10. Check out the trailer below.