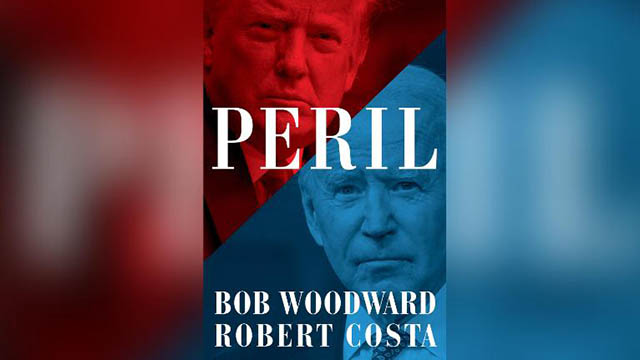 Gen. Mark Milley, chairman of the Joint Chiefs of Staff, was so concerned that Donald Trump had become unhinged in his last months as president that the general called his counterpart in China to assure him the U.S. was stable.

Milley 'was certain that Trump had gone into a serious mental decline.' https://t.co/tnwajlaHU1

The revelation is part of the new book Peril by Bob Woodward and Robert Acosta being released next Tuesday.

In a preview via CNN, the authors write that Milley was certain Trump had gone into a serious mental decline since the election, “with Trump now all but manic, screaming at officials and constructing his own alternate reality about endless election conspiracies.”

Milley took extraordinary action, and called a secret meeting in his Pentagon office on January 8 to review the process for military action, including launching nuclear weapons.

Speaking to senior military officials in charge of the National Military Command Center, the Pentagon’s war room, Milley instructed them not to take orders from anyone unless he was involved.

“No matter what you are told, you do the procedure. You do the process. And I’m part of that procedure,” Milley told the officers, according to the book. He then went around the room, looked each officer in the eye, and asked them to verbally confirm they understood.

CNN also shares this conversation between Speaker of the House Nancy Pelosi and Milley:

Pelosi: “[I]f they couldn’t even stop him from an assault on the Capitol, who even knows what else he may do? And is there anybody in charge at the White House who was doing anything but kissing his fat butt all over this? … You know he’s crazy. He’s been crazy for a long time.”

Milley: “Madam Speaker, I agree with you on everything.”

Another bombshell revealed today: on November 11, Trump had secretly drawn up and signed a memo ordering all military out of Afghanistan by January 15, 2021, without consulting with Milley or the acting Secretary of Defense Chris Miller or the National Security Adviser. When those three met with Trump, he admitted he’d signed the memo but withdrew it.

Peril is based on more than 200 interviews with firsthand participants and witnesses focusing on Trump’s final days in office.

“Peril is based on more than 200 interviews with firsthand participants and witnesses.” Looking forward to reading this deeply reported new book from ⁦@realBobWoodward⁩ and ⁦@costareports⁩. https://t.co/QeI51h5CMA