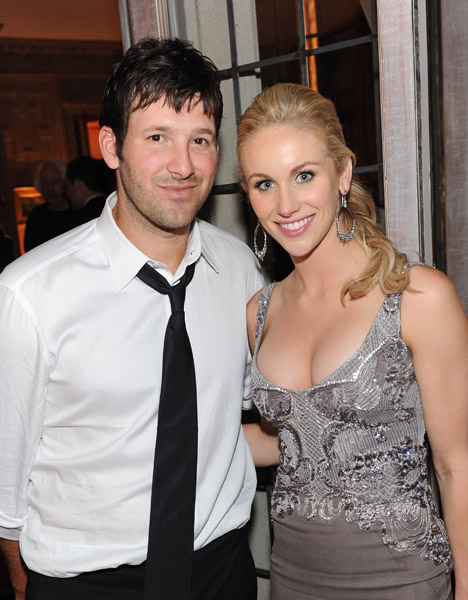 Cowboy players past and present, such as Troy Aikman, Roger Staubach, Dez Bryant and Miles Austi, as well as team owner Jerry Jones, were seen attending the wedding.

Crawford is a pageant queen, KDAF-TV anchor and the younger sister of Gossip Girl’s Chace Crawford, who was seen at the wedding.

She received an 8-carat yellow diamond engagement ring, which features one carat of round diamonds surrounding the center stone. Her bridesmaids wore Badgley Mischka dresses.

The couple became engaged in December, when Romo, 31, proposed to Crawford on her 24th birthday. They have been dating since summer 2009, shortly after Romo split from Jessica Simpson.

Being from Fort Worth, I am, of course, aware of any current Dallas Cowboys quarterback as following them is a religion in Texas. I’m also about three degrees removed from knowing Romo since I know Jeff Timmons of 98 Degrees who knows Jessica Simpson who couldn’t close the deal with Romo while dating him.

And more importantly – I think Romo has a terrific nose. I’ve always hated mine and thought if I ever got a nose job, Romo’s nose is the nose to have. 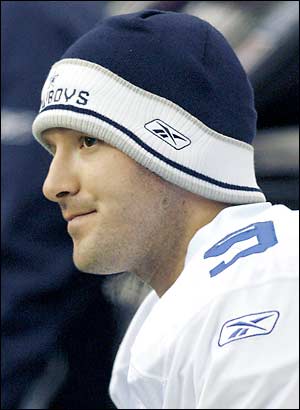