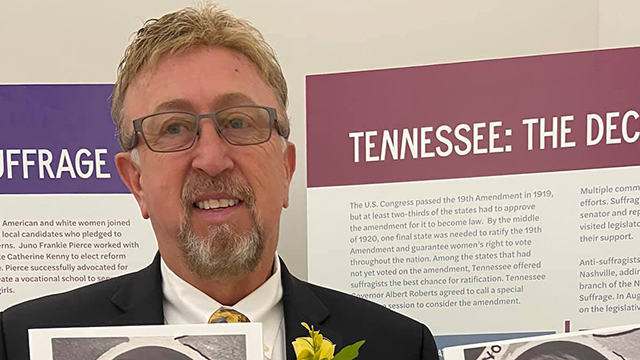 Asking friends for their prayers via Facebook, Tennessee state Rep. David Byrd (R-Waynesboro) says he may soon be placed on a ventilator due to COVID-19.

The Republican state lawmaker was hospitalized over the weekend with pneumonia and his oxygen levels are reportedly low.

“I really need a miracle today!!” Byrd wrote on Facebook. “My doctor said if my oxygen level doesn’t improve then he has no choice but to put me on a ventilator. So please pray that God will breathe His healing spirit into my lungs!!”

According to The Tennessean, Byrd was seen on the floor of the state House during a caucus meeting not wearing a face mask on November 24. Shortly before that, he hosted a dinner at a restaurant in his district for dozens of GOP colleagues, again with no mask in sight.

It’s worth noting that in June Byrd voted in support of a House resolution stating that “mainstream media has sensationalized the reporting on COVID-19 in the service of political agendas.”