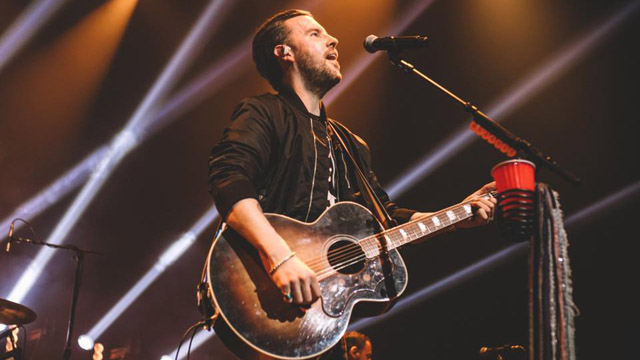 Since forming as a band in 2012, the Brothers Osborne have made a huge splash in the world of country music releasing seven country Top 40 singles and three studio albums.

But lead vocalist T.J. Osborne, 36, has grown weary of carrying a secret. So today, the country music star shared with his fans what his family and close friends have known for a long time.

In some respects, he says, coming out publicly is no big deal. “I’m very comfortable being gay,” he says later, in a quiet room at the office of his management company. “I find myself being guarded for not wanting to talk about something that I personally don’t have a problem with. That feels so strange.”

With this news, T.J. becomes the only openly gay artist signed to a major country label—a historic moment for the genre. He’s had predecessors, of course: Other openly queer artists, from Grammy-winning singer-songwriter Brandi Carlile to masked cowboy Orville Peck to viral hitmaker Lil Nas X, have found success by integrating country influences into their genre-defying music, and country artists including Chely Wright and Billy Gilman have passionate fanbases.

But T.J. may be the first to come out with his feet so firmly planted in both the sound and machinery of mainstream country, in the full bloom of his career.

“People will ask, ‘Why does this even need to be talked about?’ and personally, I agree with that,” he says. “But for me to show up at an awards show with a man would be jaw-dropping to people. It wouldn’t be like, ‘Oh, cool!”

While I celebrate Osborne finally living as his authentic self, the article reveals painful parts of his life – “It was so lonely and isolating.”

He also shares one of his favorite songs, “21 Summer,” was actually written about an early heartbreak that he couldn’t discuss with anyone. And he was reminded of that everytime he sang the tune in concert.

“There are so many times I’ve sung that song and wanted to cry,” he says. “People love that song, but the emotion of it is deeper than they even realize.”

Make sure you read the full piece at TIME. In addition to being an uplifting moment in someone’s life, the article itself is artfully written.

And you can find more of my coverage of coming out stories on The Randy Report here.