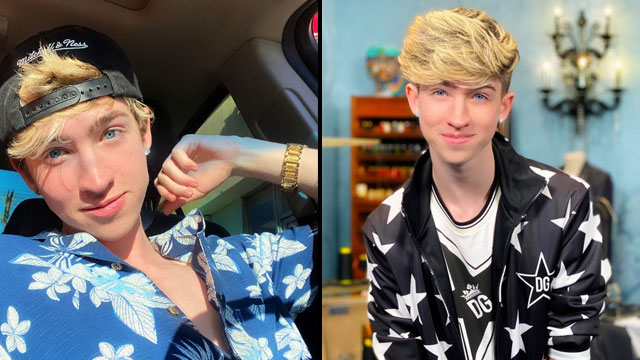 The Christian teen reportedly has over 16 million fans on the platform and had racked up over 800 million likes before he shared videos attacking other religions and the queer community.

“But guys, you gotta understand,” continued the teen. “Everybody gets that so confused with us saying that we hate LGBTQ people and all that. But guys, no, that is completely, completely wrong.”

“Guys, in the Bible it says that one sin is as equal as all sin, and it says man should be with woman and woman should be with man,” he continued. “So, therefore, guys, yes, it is a sin in the Bible. But guys, everyone sins. I sin all the time. That does not mean I love you any less or look at you any different.”

In another clip, Baker went on to say he can’t “support” other religions like Islam, Judaism or Hinduism because Christianity was “the only true religion” and those other faiths all worship “false Gods.”

Here’s a couple of the videos that resulted in Baker’s current backlash.

Cash Baker fans outraged calling his latest videos homophobic, Islamophobic, anti-Semitic etc. In rants, Cash says he does not support LGBTQ+ community and other religions because of the Bible—rants and reactions in thread. Cash has 16.4M TikTok followers. What are your thoughts? pic.twitter.com/psAe20TN98

Cash Baker’s rant about Islam that has fans outraged. Cash says “Unfortunately I cannot support other religions because the Bible says that”. pic.twitter.com/yNmvn14rQB

After deleting the controversial videos, Baker posted a clip explaining the viewership on his TikTok videos has dropped by 80 percent as he used to get about one million views on each video and now only garners around 200K.

He also clarifies that just because he explained biblical views on homosexuality (which he stands by) saying he doesn’t “support” LGBTQ people, that doesn’t mean he “hates” gay folks.

Baker also shares his friends have warned him his religious videos could cost his big dollar endorsements. But he says he doesn’t care about those potential deals since he’s “just trying to preach the truth and what the Bible says.”

Ok…so, this is really all for US. Got it.

By the third video below, it looks like little Cash is getting kinda frantic.