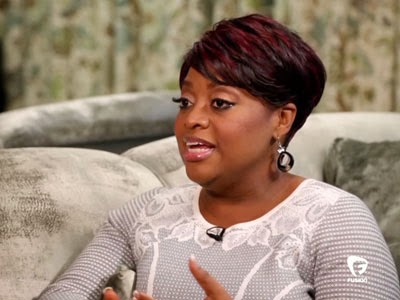 Today on THE VIEW, Sherri Shepherd apologized for anti-gay comments made last week during an interview on the Fusion Network:

Working on a talk show that’s centered in the opinion business, there’s been several things that I’ve shared in the press that have upset people, and typically I don’t respond to the criticism. However, I’d like to say I’m truly sorry to anyone I’ve offended with the viewpoints I express on Alicia Menendez’s Tonight on the Fusion network.

My interview was misrepresented, and only a portion of my comments were used as a headline to give the impression that I was condemning members of the LGBT community living in their own truth. In the interview, I express I was raised as a child to have a certain set of beliefs, but my beliefs have evolved significantly as my own personal relationship with Christ has increased.

I believe that love is the grace of all things and I have no desire to judge anybody by who they are. I’m a person of compassion and anyone who knows me knows that I love, I accept, I embrace everybody who has love in their hearts. So I love you.”