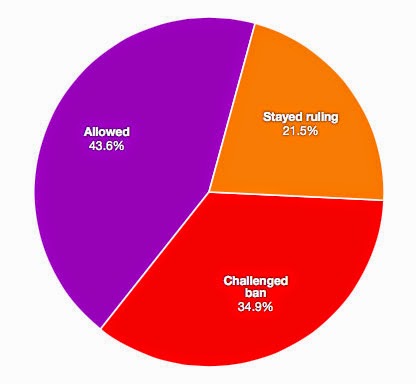 9 states have had their bans overruled, but a judge issued a stay while the decision is contested.  Those states represent 21.5% of the US population.

Those who married since Wednesday’s ruling striking down the state’s gay marriage ban are in limbo.