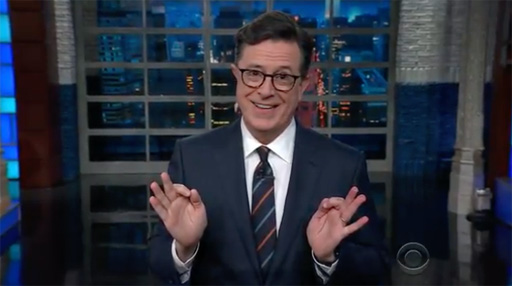 We may be observing Halloween today, but last night Stephen Colbert was thinking more along the lines of Christmas as he recounted the day’s headlines about 3 Trump campaign officials being charged in the ongoing investigation by special counsel Robert Mueller.

Commenting on the president’s weekend tweets that included a caps-locked “DO SOMETHING!” which quickly became a trending hashtag, Colbert said, “There’s something so reassuringly presidential about the president screaming ‘DO SOMETHING!’ into the void.”