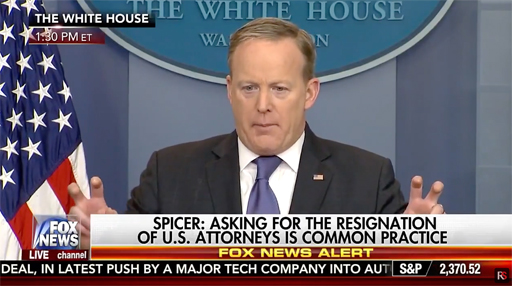 Wow, that was fast.

The clips include his assertions that Trump’s inauguration had the largest number of viewers, and that Hitler never used chemical weapons.

For his part, Spicer tweeted out this after his resignation:

It’s been an honor & a privilege to serve @POTUS @realDonaldTrump & this amazing country. I will continue my service through August