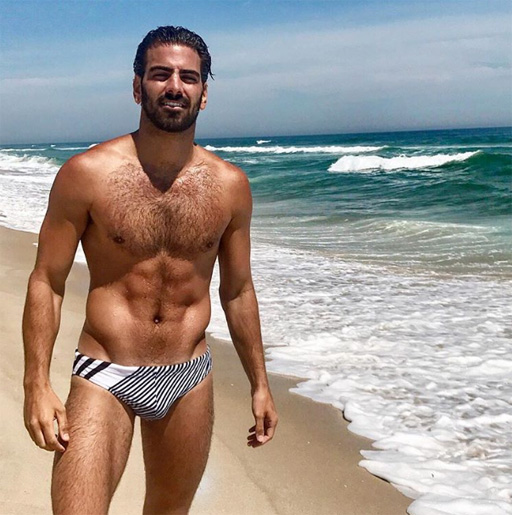 • America’s Next Top Model/Dancing with the Stars champ Nyle DiMarco asks, “Will you be my beach?”

• Researchers are looking at a two-step “shock and kill” approach to cure HIV with a cancer drug that appears to bring dormant virus cells out of hiding.

• Donald Trump says he enjoyed sitting next to the First Lady of Japan even though she doesn’t know english. Or does she? She sure seems to know english here.

• Head into the weekend with some 80s color and light from Harper Starling’s “Disco Mirror Dream:”