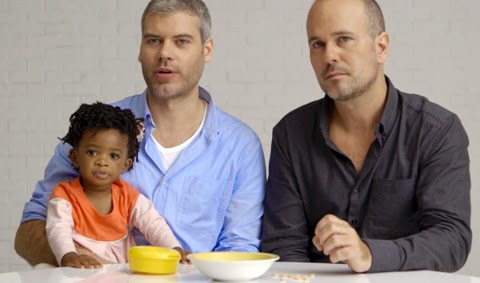 A new ad campaign by General Mills features two gay dads in a touching video that uses the “Cheerios Effect” as a metaphor for human beings desire to connect.

“The Cheerios Effect,” is the colloquial name some have given to a phenomenon that anyone who’s eaten a bowl of the cereal knows: when two Cheerios float in milk, they tend to attract one another thanks to surface tension. Cossette is using this as a jumping-off point to address the broader issue of social isolation and loneliness.

The campaign will include nearly a dozen videos on the internet and TV ranging from 15 seconds to three-minute mini-documentaries, all featuring a diverse range of stories across demographics. They include the story of two gay fathers who have adopted a young girl, grandparents and grandchildren, and young women connecting by using sign language.

And here’s a short :15 vid to introduce the campaign: