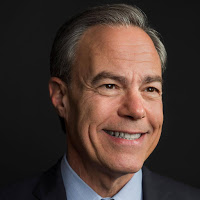 Joe Straus, the Republican Speaker of the House in Texas, has announced he will not seek re-election in 2018.

“I believe that in a representative democracy, those who serve in public office should do so for a time, not for a lifetime. And so I want you to know that my family and I have decided that I will not run for re-election next year. My time as a state representative and as speaker will end at the conclusion of my current term,” he announced via Facebook to his constituents.

You may recall that during last year’s legislative session, and the recent special session called by the governor, Straus beat back pressure from prominent politicians including Texas Gov. Greg Abbott and Lt. Gov. Dan Patrick to bring a controversial anti-transgender “bathroom bill” to the floor of the state House for a vote.

Referencing the high suicide rates among the transgender community thanks to social judgments, the moderate Republican said at the time, “Tell the lieutenant governor I don’t want the suicide of a single Texan on my hands.”

Expect celebrations in the far-right realms of the Republican party as Straus has long been considered a target of the anti-LGBT Family Research Council and other hate groups.

Look for much jockeying in the Texas GOP  universe for the position of Speaker of the House in the coming months.