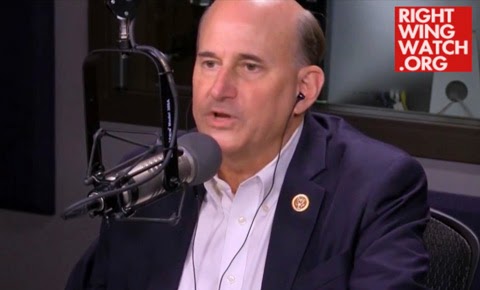 I have NO idea what Texas congressman Louis Gohmert is talking about here other than “gay” and “the military” and “Greek massages?”

From a recent appearance on Christian radio show “Point of View” via Right Wing Watch:

“I’ve had people say, ‘Hey, you know, there’s nothing wrong with gays in the military. Look at the Greeks.’

It’s guerrilla fighting. You are going to be ultimately vulnerable to terrorism and if that’s what you start doing in the military like the Greeks did. As people have said, ‘Louie, you have got to understand, you don’t even know your history.’ Oh yes I do. I know exactly. It’s not a good idea.”

You can watch video of the “commentary” below: