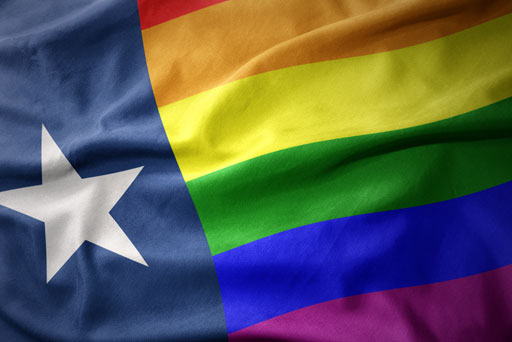 Republican lawmakers in Texas approved a bill on Monday that would allow state-licensed professionals to discriminate against LGBTQ people, or anyone they want to refuse services, based on their religious beliefs.

The Austin Statesman reports that Senate Bill 17 would give professionals who are licensed by the state – like lawyers, physicians, barbers and pharmacists – the ability to turn away anyone they don’t want to serve or do business with.

The legislation includes a requirement that medical professionals treat patients who are at risk of death or serious injury. And licensed law enforcement officers would not be covered by the law.

“Living our faith does not stop when we start to work,” Perry told the Senate State Affairs Committee on Monday.

“When we see what we may perceive as immoralities, those people who hold those beliefs should be able to defend their faith without fear of losing their livelihood and their license,” added Perry.

But opponents of the bill say “sincerely held religious beliefs” are a vague concept that could ultimately excuse any unprofessional behavior.

Among those testifying at the committee hearing were a dozen members of the clergy, including Rabbi Nancy Kasten, who told lawmakers living according to religious beliefs “should never be confused with permission to use faith as a weapon against those who do not share those beliefs.”

Rev. William Knight, from the Metropolitan Community Church of San Antonio, agreed saying, “Love does not withhold care for those in need because of a difference in belief.”

The Statesman reports a “vast majority” of the nearly-60 people who showed up at the hearing opposed the bill.

But in the end, the measure was approved to the full Senate by a vote of 7 – 1. All six Republicans on the committee plus Sen. Eddie Lucio Jr. (D-Brownsville) supported the legislation. Only Sen. Judith Zaffirini (D-Laredo) voted against the bill.

SB 17 is just the first of many GOP-sponsored bills in the pipeline that would create new faith-based protections. Here’s just a few:

• SB 1107 would give medical professionals the ability to refuse performing nonemergency treatment that offends their “sincerely held religious beliefs.”

• HB 1035 would allow any marriage-related business to legally turn away same-sex couples, give county clerks the ability to opt-out of issuing marriage licenses to same-sex couples, revoke any ordinances that require providing trans-friendly bathrooms, and protect religious groups who refuse to hire anyone whose beliefs don’t align with their own.

• Similarly, HB 4497 would bar local municipalities and state agencies from punishing any business or professional who decline to provide “marriage-related goods and services.”

• SB 1978 would prohibit state agencies and local governments for taking “any adverse action” against those who may discriminate thanks to their “sincerely held religious beliefs.”

• HB 4357 would protect any faith-based counselors who practice so-called ‘conversion therapy,’ which purports to ‘heal’ individuals of homosexuality. The dangerous and harmful practice has been denounced by practically all major medical organizations including the American Medical Association, the American Psychiatric Association and the American Academy of Pediatrics.