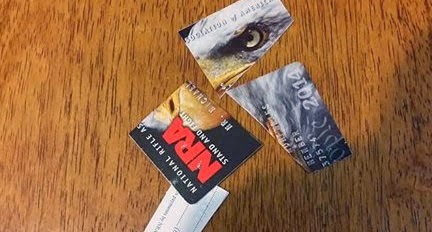 Over the past week, groups of gun nuts in Texas swaggered into public places like Chilis and Sonic, and most recently at a Home Depot, with assault rifles strapped to their backs looking to eat.

We’re talking groups of ten folks or so, with ASSAULT RIFLES, not handguns. Needless to say it scared many of the restaurants guests, and the gun folks were asked to leave their rifles in their cars.

The gun peeps left the locations feeling pretty much like they’d said something.

Today, the National Rifle Association weighed in on the activity politely suggesting that the demonstrations were a bit over the top and were not helpful to getting the message of Second Amendment rights understood.

Now we love AR-15s and AKs as much as anybody, and we know that these sorts of semiautomatic carbines are among the most popular, fastest selling firearms in America today. Texas, independent-minded and liberty-loving place that it is, doesn’t ban the carrying of loaded long guns in public, nor does it require a permit for this activity. Yet some so-called firearm advocates seem determined to change this.

Recently, demonstrators have been showing up in various public places, including coffee shops and fast food restaurants, openly toting a variety of tactical long guns. Unlicensed open carry of handguns is legal in about half the U.S. states, and it is relatively common and uncontroversial in some places.

Yet while unlicensed open carry of long guns is also typically legal in most places, it is a rare sight to see someone sidle up next to you in line for lunch with a 7.62 rifle slung across his chest, much less a whole gaggle of folks descending on the same public venue with similar arms.

Let’s not mince words, not only is it rare, it’s downright weird and certainly not a practical way to go normally about your business while being prepared to defend yourself. To those who are not acquainted with the dubious practice of using public displays of firearms as a means to draw attention to oneself or one’s cause, it can be downright scary. It makes folks who might normally be perfectly open-minded about firearms feel uncomfortable and question the motives of pro-gun advocates.

Now, the Texas gun nuts have responded in like on the Facebook page of Open Carry Texas:

The NRA has refused to learn for themselves how Open Carry Texas (OCT) conducts itself other than what the liberal media and Bloomberg funded gun control extremists have falsely portrayed.

The real ignorance in their statement is that it was completely unnecessary. OCT – along with Come And Take It Texas, Texas Carry and Gun Rights Across America – has already changed its methods and the whole world is aware of that.

The more the NRA continues to divide its members by attacking some aspects of gun rights instead of supporting all gun rights, the more support it will lose. Already, OCT members are posting pictures of themselves cutting up their life membership cards.

If they do not retract their disgusting and disrespectful comments, OCT will have no choice but to withdraw its full support of the NRA and establish relationships with other gun rights organizations that fight for ALL gun rights, instead of just paying them lip service the way the NRA appears to be doing.

The NRA should have instead released a statement to the effect that it applauds our groups for coming together and finding new methods to promote safe and responsible open carry.

Personally, I’m all for Second Amendment rights. It’s in the Constitution.

But to carry assault rifles into restaurants and stores merely to make a “statement” makes the gun folks look a bit silly. It’s so over the top, makes their arguments difficult to reasonably consider, plus it screams “small dick syndrome.” 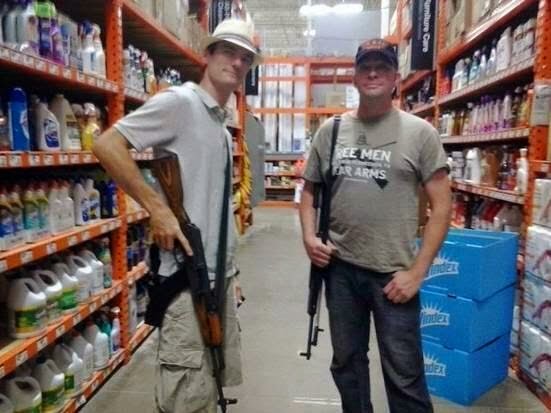