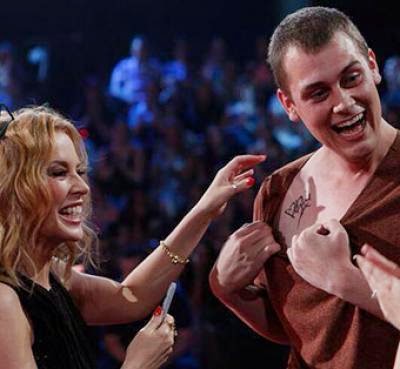 After recent homophobic comments in the media, plus more anti-gay remarks in his own lockerroom, Anderson-Morley (who plays for the Yarraville Seddon Eagles) has come out in a heartfelt essay published by The Age.

In the past, Anderson-Morley was quiet but not completely closeted about his sexuality. He writes that he put the team ahead of any disruption being openly gay would cause.

But now, he feels it’s time for Australia and the world to know him fully.

And it makes me ask, should I have walked into this club waving a rainbow flag? Would it have caused as much drama as some people seem to think? Perhaps knowing a gay bloke was at the club would get them to have a look at themselves and what they say. Perhaps it could even change some minds regarding gay people; not all of us are stereotypes. I know this from experience, because so many people are shocked when they find out that I am gay.

I’m still not sure whether I made the right decision, but I am sure about two things. One, that the more you talk about it and the bigger deal you make about there being gay football players, the harder it becomes to make that bold move. And two, that I feel kind of stuck at the moment – I haven’t been sure whether to make that decision and come out to the boys at my club, whether it is worth the drama or not. I guess this column is my way of doing that.

I don’t know whether footy is ready for an openly gay player. But events like those over recent weeks have helped me at least decide that it’s time I found out.