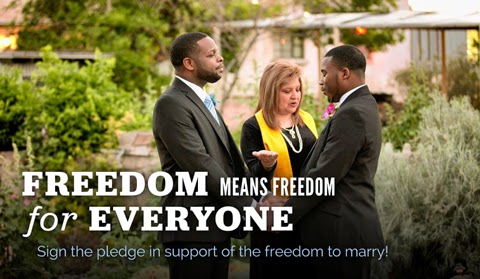 Freedom to Marry, in partnership with Equality Texas, today launched a public education campaign to amplify the bipartisan momentum for the freedom to marry in the Lone Star State.

The campaign, called Texas for Marriage, will highlight that support as well as the continued harms that committed gay couples face everyday until the state’s marriage case, DeLeon v Perry, is decided by the 5th Circuit Court of Appeals early next year.

“Nearly every state and federal court from last year on, more than 50 — with judges appointed by Republican and Democratic presidents and governors — has ruled in favor of the freedom to marry and moving the country forward,” said Evan Wolfson, president of Freedom to Marry.

“Texas families should not be left behind. Government has no business interfering in important freedoms like who Texans marry, and no business putting obstacles in the path of families and employers trying to do the right thing. Our new campaign will show that Texans are ready for the freedom to marry, and so is America.”

The website features essay and interviews with equality supporters, as well as information like the economic impact same-sex marriage would have on the Texas economy ($182 million, don’t you know?). 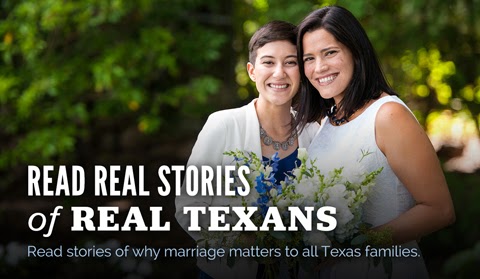