• A federal judge has blocked Donald Trump’s ban on transgender service members in the U.S. military

• Don’t miss the marriage equality documentary, “The Freedom To Marry,” now on Netflix

• The first openly gay winner of “The Voice Australia” released his latest single, a marriage equality anthem as the mail-in same-sex marriage survey comes to a close


p.s. I want to thank all the folks who’ve hit “Play” on the podcast. I’m humbled by the support.

If you like the podcast, I’d appreciate it muchly if you would post a review on iTunes. Not for my ego, but it helps the podcast be found more easily on iTunes.

The award-winning documentary, The Freedom To Marry, is now available for viewing on Netflix.

The film is a “War Room” style feature documentary about the movement for marriage for same-sex couples, from the final frenetic months of the legal and grassroots campaign.

The Freedom to Marry has already played in 75 cities, played at dozens of film festivals, won 10 “Best Documentary” prizes, been translated into 10 languages, and has gotten rave reviews—from The Boston Globe to Entertainment Weekly.

If you haven’t seen it already, this is your chance to see the untold story of one of the most successful civil rights movements of our time. 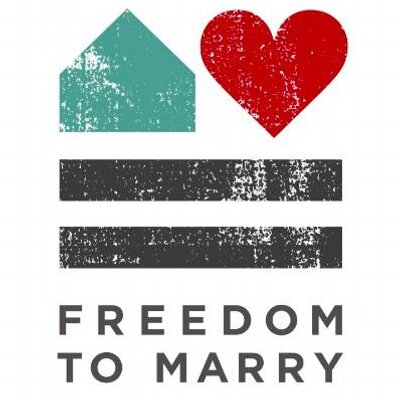 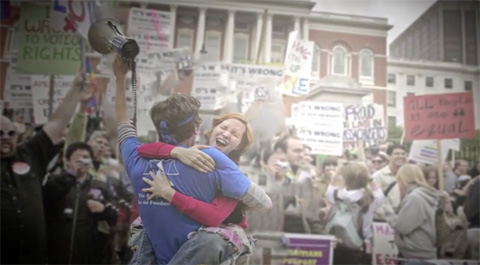 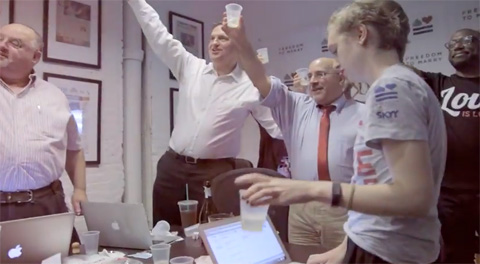 “What a vindication in the belief that ordinary people can do extraordinary things.”

On June 26, 2015, the Supreme Court ruled in favor of the freedom to marry nationwide.

This video sheds light on the incredible story of the movement that historic win possible. 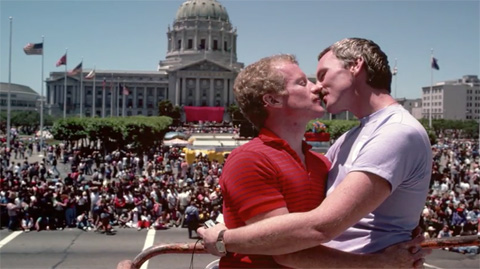 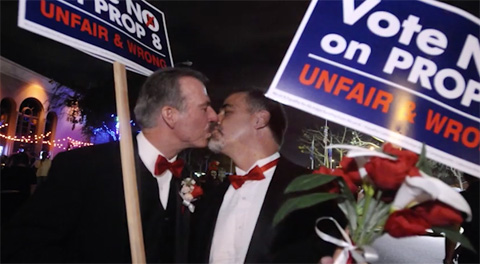 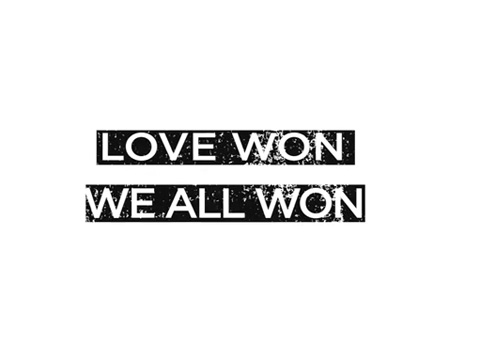 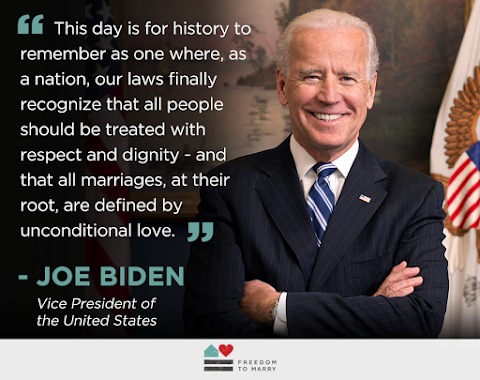 U.S. Vice President Joe Biden made a special appearance at a Freedom to Marry event in New York City last night, applauding those in attendance for their efforts to win the freedom to marry in the U.S., following the historic Supreme Court ruling.

Biden spoke of a moment when he was 17 and he and his father saw two men kissing. “He said ‘Joey, they love each other. It’s simple,’” he said, quoting his father. “That’s what it’s been about from the beginning. It’s never been that complicated for me.”

Biden went on to say he always knew the Supreme Court’s decision on marriage equality was “inevitable.”

Recounting the journey so far in the fight for LGBT rights, Biden added, “I want you younger people here to understand the shoulders you are standing on.”

Biden also made note that much work remains to be done in the LGBT arena for equality: while same-sex couples are now eligible for federal marriage benefits nationwide, 32 states don’t have anti-discrimination employment laws protecting sexual orientation. 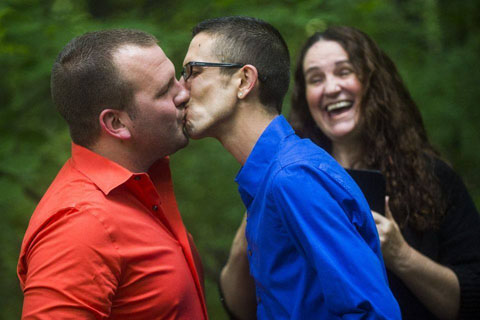 In commemorate the U.S. Supreme Court ruling in favor of the freedom to marry nationwide, we present this celebration of love. Because in the end, #LoveWins. 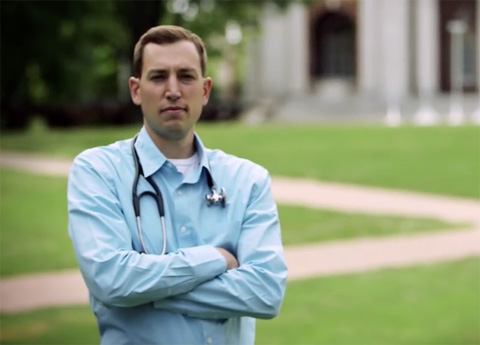 A Tennessee television station, which previously had no policy on ads regarding same-sex marriage suddenly developed one this week when approached by LGBT advocacy group Freedom To Marry.

The ad featured a gay Republican physician – Dr. Jesse Ehrenfeld – who has just returned from deployment in Afghanistan and wants to marry his partner.

“I’m a Republican, I’m a doctor, and I’m a soldier,” says a voice over by Ehrenfeld as the commercial shows images of him serving in uniform, and back at home with his boyfriend, Judd Taback. “As a military physician, I take care of other people’s loved ones who are wounded in combat. But here at home, I’m fighting a different fight. Because I’m gay, I’m not allowed to marry my partner here in Tennessee where we live.”

The television station refused to air the spot.

“It’s just a very controversial and personal issue, and we just choose to not air a commercial on either side of that debate,” Tom Tolar, the president and general manager of Chatanooga-based WRCB, told BuzzFeed News in a phone interview.

The ad is running on TV stations in Nashville and Memphis.

Freedom To Marry has run over two dozen ads supporting marriage equality across the country. This is the first time a station has refused their business. 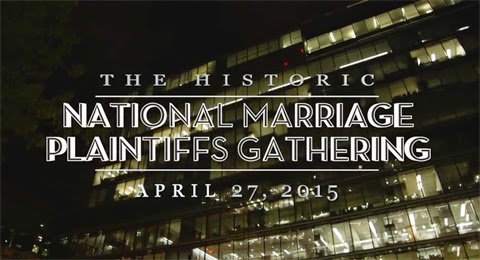 On the eve of the historic Supreme Court oral arguments on marriage, Freedom to Marry brought together plaintiffs and attorneys from more than 30 states, representing more than 55 different cases, spanning more than 40 years of legal cases seeking the freedom to marry.

This video recaps the amazing event that underscored the many years of work that has brought the US to the brink of a national resolution on the freedom to marry.

The new ad will run in the Washington, D.C., market during the Sunday morning news shows: Meet the Press, This Week, CBS Sunday Morning, and Fox News Sunday.

The ad also will run in the D.C. market during 60 Minutes on Sunday evening, according to the group, and nationwide this week on cable news channels CNN, MSNBC, and Fox News.