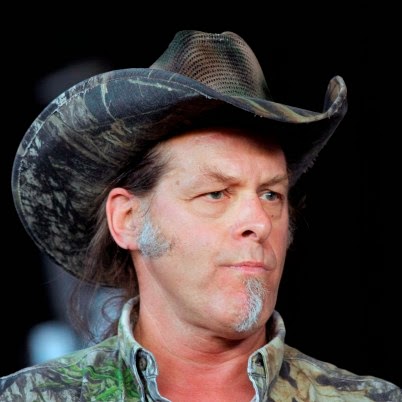 Ted Nugent appeared on the February 21 edition of WBAP’s The Ben Ferguson Show and offered a non-apology for his language when he called President Obama a “subhuman mongrel.”

Remember when the Dixie Chicks said they were “ashamed” by President Bush and received HUGE backlash?  Nugent calls our President “subhuman mongrel” and really doesn’t see anything wrong with it.