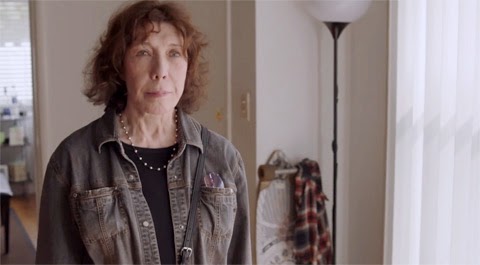 For the first time in 27 years, the imminently watchable and always fantastic Lily Tomlin stars in a feature film – Grandma.

The film was screened on the final night of the Sundance Film Festival to excellent response (no surprise). Sony has purchased the distribution rights.

The cast of Grandma includes Sam Elliot, Marcia Gay Harden and Julia Garner as Lily’s granddaughter. The flick was written and directed by Academy Award nominee Paul Weitz (American Pie, About A Boy).

Deadline writes that the film is “a darkly funny and also touching film of one long day in the life of one very frayed family.”

One of our great national treasures, Tomlin’s work is always insightful, inspiring and razor-sharp.
Look for Grandma in theaters soon.