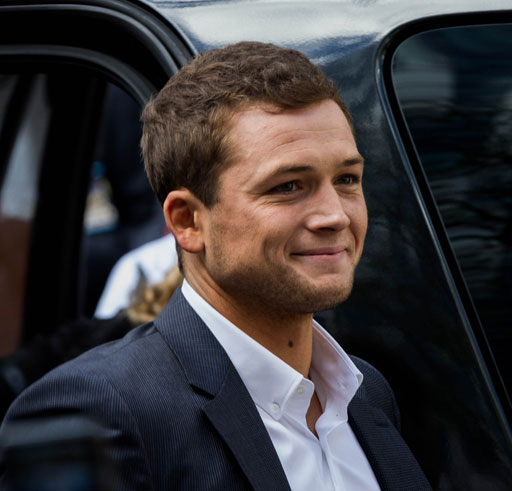 The 29-year-old plays the legendary pop superstar and Richard Madden, of the hit UK TV series The Bodyguard, plays his longtime manager, John Reid, with whom he also dated for five years.

“I probably shouldn’t be telling you this but we have a sex scene,” Egerton shared with The List. “We went to some places together and got quite physical.”

“I’ve watched it back and I think it looks great,” he shared. “The grown-up nature of the film, combined with it being a musical, makes it feel quite zeitgeisty.”

Earlier reports alluded to the film being designed as a ‘musical fantasy’ and Egerton seemed to elaborate on that saying, “It’s basically about Elton in rehab, so we’re not watering anything down.”

And while the recent Bohemian Rhapsody seemed to shy away from rocker Freddie Mercury’s sex life, Rocketman promises to be explicit in its portrayal of Elton John’s love affairs.

“The movie we shot is absolutely a celebration of everything that Elton John is and part of that is his sexuality,” he recently told MTV International. “I actually think the gay community will be quite surprised by quite how gay it feels.”

The Robin Hood star also notes that he’s not “remotely perturbed by male intimacy” adding that he’s “quite proud of what we’ve done with it.”