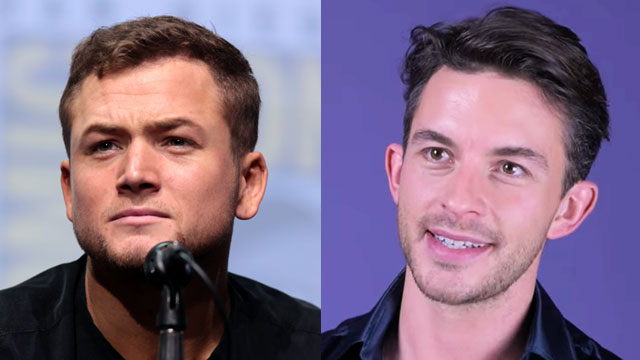 Taron Egerton (Rocketman) and Jonathan Bailey (Bridgerton) have been announced to star in a play titled “Cock” in the West End.

Bailey’s most recent appearance on the London stage was in the revival of Stephen Sondheim’s Company for which he won an Olivier Award. The production will mark Egerton’s West End debut.

When director Marianne Elliott first approached Bailey about the role, she told him, “‘Don’t panic when you read it!'”

In the play, the duo play a longtime gay couple who are forced to explore questions of sexual identity and labeling when one of the characters, John (played by Bailey), meets “the woman of his dreams.”

Who reached into my subconscious and made my dream a reality <3 https://t.co/jK9xj4T6tk

While Bailey is an out gay man, Egerton (who won a Golden Globe Award for playing Elton John in Rocketman) has clarified that he’s straight. The casting news for the play has reinvigorated the debate about straight actors playing gay roles.

Some folks point to Egerton’s star power and talent as justification for taking on the role. But others say out actors are afforded fewer starring roles, and casting a straight man in the role is one more lost opportunity.

Bailey offered his opinion on the subject last year in an interview with Digital Spy saying, “I think it shouldn’t matter at all what character people play, but of course there is a narrative that’s very clear, that openly gay men aren’t playing straight in leading roles.”

Jonathan Bailey is Gay. But there are other Gay Actors to Replace Taron. It's Possible for Gay Actors to Play Gay Characters. For Me When Straight Actors Play Gay Roles, It's an Offensive Stereotype. Even if the Character is Written By a Gay Writer, It's Still a Stereotype.

Bailey then added, “But wouldn’t it be brilliant to see gay men play their own experience?”

The play, originally produced in 2009, also has some objectors as the drama seems to present John with the task of “choosing” his sexuality. But Bailey disagrees.

“The fact is, he doesn’t need to make a decision,” Bailey told the Daily Mail. “People identify themselves differently than they did 12 years ago. It was ahead of its time.”