More from the Texas Republicans convention over the weekend: the Lone Star State’s Republican party voted to ban the teaching of sex education in schools while simultaneously calling on Texas schools to teach the “dignity of the pre-born human” and that life begins at fertilization. END_OF_DOCUMENT_TOKEN_TO_BE_REPLACED 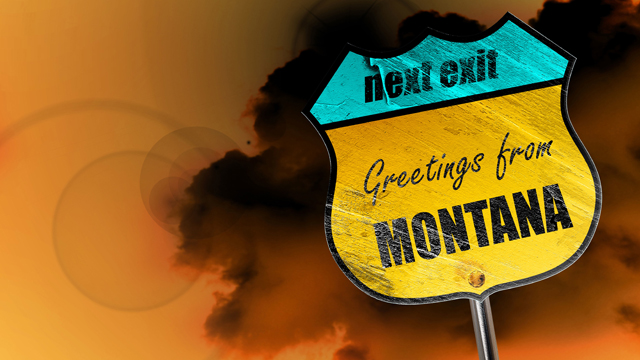 Montana Gov. Greg Gianforte (R) has signed not one but two anti-LGBTQ bills into law this week – Senate Bill 99 and House Bill 112.

Senate Bill 99 calls for “a parent, guardian, or other person who is responsible for the care of a child” to be allowed to “refuse to allow the child to attend… a course of instruction, a class period, an assembly, an organized school function, or instruction provided by the district… regarding human sexuality instruction.”

If any instruction is scheduled having to do with “human sexuality” – or even just sexually transmitted diseases – at least 48 hours notice must be given to parents. “Human sexuality education” is defined in the bill as anything related to “sexual orientation, gender identity, and abstinence.”

House Bill 112 calls for “public school athletic teams to be designated based on biological sex.” Additionally, cisgender athletes will be able to seek damages from schools that allow transgender students to compete as their gender identity because of the “direct or indirect” harm that would be caused for the cisgender student.

State Rep. John D. Fuller (R) introduced the bill in January. He told Montana Public Radio he “felt compelled to introduce the legislation because he’s coached women’s soccer and he thinks transgender women have a physical advantage if they compete in sports consistent with their gender identity. That is unfair to females and women’s sports — period.”

Montana is now the 7th state to prohibit trans youth from participating in sports to some degree. 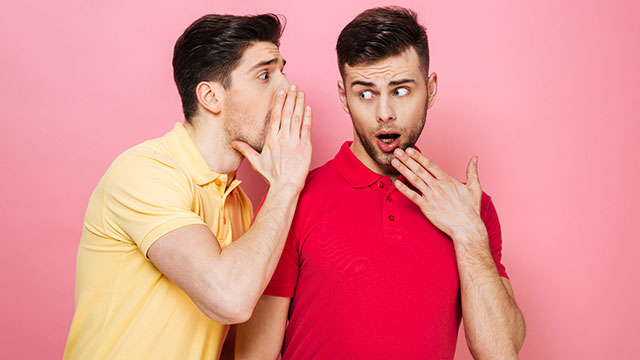 A recent thread on reddit asked folks to chime in with “the worst sex-ed advice you received at school?”

A lot of comments shared how little sex education was actually offered in their schools with many hailing the saving grace of the Google – “Thank God for the internet, seriously I don’t know what I would have done.”

Abstinence made several appearances in the thread:

• “Don’t have sex or your penis will fall off.”

• “If you have sex, you will get gonorrhea, and you will die.”

• “Haha, we had an hour and a half long lecture about abstinence, in high school.”

• “Virginity is like a handkerchief. If you let some boy sneeze in it, do you think anyone else would want to use it?”

• “In seventh grade we had a speaker come talk to the whole school in the auditorium. This motherf**ker told us that if we pleasured ourselves, we were statistically much more likely to be rapists and pedophiles. Every guy in that room including myself felt instantly ashamed. F**k that guy.” 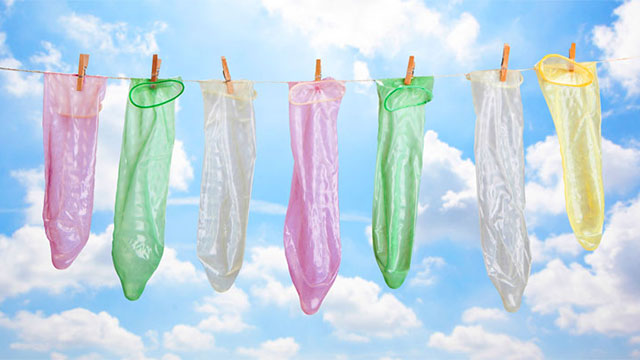 Condom use was addressed from several angles:

• “Condoms are worthless so don’t bother.”

• “What you do is you put one on and then ad hot-sauce and then put on the other one. You will notice if one of them breaks.”

Not quite advice, but one Redditor did share a fascinating sex ed ‘factoid’ we’ve never heard:

• “My sex ed teacher told us, ‘Ejaculate is the whitest substance on Earth.'”

Several remembered getting a sex ed/morality lesson using two pieces of tape, like this one:

• “My teacher took two pieces of tape and stuck them to her sleeves. She would then peel them off and re-stick them to her sleeves getting the backside of the tape more linty each time. She said that the pieces of tape were people and every time she put them on her sleeve it represented them having sex with a different person. Eventually, when she put them together, they didn’t stick very well from all shirt fibers and this meant they were so emotionally disconnected they couldn’t form a lasting bond. So don’t have sex or you’ll be a broken shell of a person unable to love.” 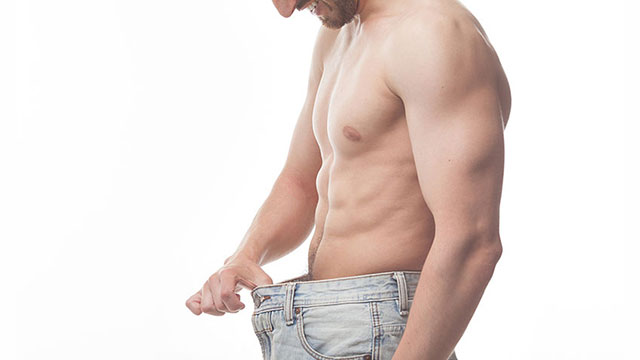 And then there are these random thoughts:

• “They didn’t tell us u need to use lube. They just said it’ll work out some way. Fun story: I’m gay sooooooo yeah, that hurt… Like, really really bad.”

• “That lubricants are not needed ‘if the man is doing his job right.'”

• “It was unsolicited sex advice from a psych TA. ‘Don’t go into dark alleys because you WILL end up having sex in there.’ With whom? No freaking idea. Maybe the weird alley sex goblins.”

• “We were told that a wet dream produced an amount of fluid tantamount to wetting the bed. They didn’t even tell us what fluid it was.”

• “That men had to be circumcised before having sex or the foreskin would rip, leading to all kinds of infections, permanent injury, or even death.”

• “‘Men are completely incapable of controlling themselves.’ Made it sound to everyone like we had no control over our bodies, thoughts, or actions, and that we spray urine and semen at everything that crosses our path.”

Click over to the AskReddit thread for more nuggets of sex-ed here. 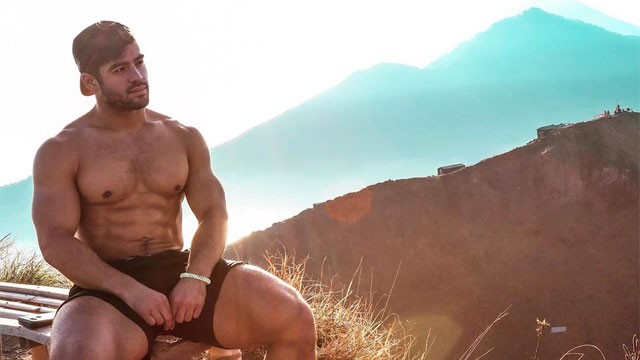 • InstaHunks: Hunky Dan Tai (above) starts the week looking forward – “Everything the light touches is our kingdom.” Follow Dan on Instagram here.

• CBS News: Pete Buttigieg (who was named the victor of the Iowa caucuses by a squeak) is asking for a partial recanvass for 66 precincts as well as a recanvass of all in-state satellite caucus locations. The former South Bend mayor said he believes the discrepancies identified by his campaign would result in a net increase of 14 state delegate equivalents if corrected.

• Oscars 2020: I loved Janelle Monáe’s opening number for the Academy Awards. Beginning with the theme from Mr. Rogers Neighborhood and then moving into a robust celebration of “all the amazing talent in this room,” the 34-year-old told the audience, “I’m so proud to stand here as a black, queer artist, telling stories.” The dancers were on point, the visuals creative, and when Billy Porter joined the number to knock out some “I’m Still Standing,” it all went over the top. #Bravo

• Washington Post: Federal prosecutors on Monday said longtime Trump confidant Roger Stone deserves a sentence of 7 to 9 years in prison for lying to Congress and tampering with a witness related to his efforts to learn about hacked Democratic emails during the 2016 U.S. presidential election.

• Virginia: The Virginia state House on Monday passed HB 972, which would decriminalize marijuana, by a vote of 64-34. The state Senate is expected to pass its own version shortly. Gov. Ralph Northam has signaled his support for the measure.

• Out: Netflix announced today that the popular series Sex Education will, indeed, return for a third season.

• USA Today: For the first time in the 2020 Democratic primary, Vermont Sen. Bernie Sanders took the lead in a national Quinnipiac University poll, overtaking former Vice President Joe Biden, just after the Iowa caucuses and one day ahead of Tuesday’s New Hampshire primary. Sanders received 25% support among Democrats and Democratic-leaning independents, with Biden at 17%. 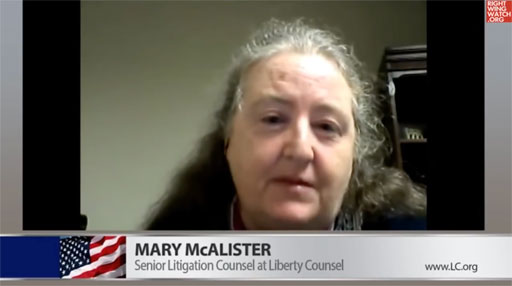 Without even the limited sex education in public schools, where would young Americans learn the basics about human sexuality and sexual health?

Which makes a recent appearance by Mary McAlister of the virulently anti-LGBTQ Liberty Counsel even more dangerous as she declared sex education in schools to be “satanic.”

Mary McAlister, who is senior litigation counsel for the anti-LGBTQ organization Liberty Counsel, appeared on Cliff Kincaid’s “USA Survival” program yesterday, where she declared that sex ed programs in public schools are satanic.

McAlister and Kincaid were discussing the upcoming “Sex Ed Sit Out” effort being organized by Religious Right activist Elizabeth Johnston, who is better known as the “Activist Mommy,” which encourages parents to remove their children from school to protest what she sees as “graphic, gender-bending sex education.”

“It’s evil,” McAlister replied. “It’s absolutely evil. God has made us all in his image, he has set out for us rules for living that enable us to live rich and full and healthy lives and all of this that is going on now is directly aimed at tearing all of that down. Well, we know who does that. That’s the Enemy, that’s Satan and his minions.”

I’ll preface this with the obvious fact that I don’t have kids.

That being said, I’m always amazed at the outrage some parents’ have about their child learning basic sex education in school. You constantly hear “that belongs in the home!”

Except – as John Oliver points out in this segment, No parent wants to talk to their kids about sex, and no kid wants to talk about sex with their parents.”

There are no standards for what to teach kids about sex, federally or sometimes even locally. Only 22 states require sex ed, Oliver noted, and only 13 require that the information be medically accurate. Viewers of this clip will get to see a lot of really bad sex-ed videos, and learn some discouraging statistics.

I’ve honestly always wanted to know this – exactly what happens in what parts of the body and how it plays out differently in men and women.

I think this if fascinating. And pretty cool that you can wrap your head around this in 3 minutes.

Utah’s Republican Governor Gary Herbert on Friday vetoed a controversial measure which would have banned the state’s public schools from teaching contraception as a way of preventing pregnancy and sexually transmitted diseases.

The measure, House Bill 363, would have also prohibited any instruction in regard to sexual orientation, gender identity, or any other instruction on human sexuality outside of promoting abstinence.

Had Herbert signed the bill into law, it would have been the first of its kind in the nation.
(source)