Folks are getting angry about a court filing by the Department of Justice where it appears the DOJ could be defending religious schools against LGBTQ students who say they are being discriminated against.

The Justice Department in a court filing Tuesday said it can “vigorously” defend a religious exemption from federal civil rights law that allows federally funded religious schools to discriminate against LGBTQ students, a move that surprised some LGBTQ advocates who said the wording went further than just an obligation to defend an existing law.

In the filing, the Biden administration said it “shares the same ultimate objective” as the conservative Christian schools named in the case.

“What this means is that the government is now aligning itself with anti-LGBTQ hate in order to vigorously defend an exemption that everyone knows causes severe harm to LGBTQ students using taxpayer money,” said Paul Carlos Southwick, director of the Religious Exemption Accountability Project, which filed the case in March on behalf of dozens of current and past students at conservative religious colleges and universities. “It will make our case harder if the federal government plans to vigorously defend it like they have indicated.”

The case at hand, Hunter v. the U.S. Department of Education, involves 40 LGBTQ students from religious colleges and universities who have filed suit against the government for providing funding to schools with discriminatory policies.

The schools, however, are playing the First Amendment rights card saying they have a right to discriminate against queer students via their traditional religious beliefs about sexuality and gender.

While it sounds like the Justice Department has thrown us under the bus, over on Michelangelo Signorile’s website LGBTQ civil rights lawyer Jillian Weiss took a look and says this may not be as bleak as it seems:

“As I read the brief, DOJ is trying to prevent religious colleges from taking over the case. They would certainly argue outlier positions that a newly conservative Supreme Court would love to scoop us.

“Sure, 28 USC 1681(a)(3) is bogus: “this section shall not apply to an educational institution which is controlled by a religious organization if the application of this subsection would not be consistent with the religious tenets of such organization.”

“But I would prefer Garland’s DOJ to handle this any day of the week rather than the proposed religious intervenors.”

Five years after he was denied a hearing for his nomination for the Supreme Court, Judge Merrick Garland has been confirmed by the U.S. Senate as President Biden’s Attorney General.

The Senate voted to confirm Merrick B. Garland on Wednesday to serve as attorney general, giving the former prosecutor and widely respected federal judge the task of leading the Justice Department at a time when the nation faces domestic extremist threats and a reckoning over civil rights.

Mr. Garland was confirmed 70-30 by senators, with 20 Republicans joining all 50 Democrats in supporting him. He is expected to be sworn in at the Justice Department on Thursday.

NBC’s Pete Williams notes that Merrick Garland’s 70-30 confirmation is one of the largest votes in favor of an attorney general nominee in recent history, with the exceptions of Holder and Reno. @MSNBC

In a Republican-controlled Senate, Jones was viewed as the easiest candidate to get confirmed given his strong relationships across the aisle. Garland was also considered a risk in that it would be difficult to confirm a replacement for him on the appellate court.

But with Democrats expected to have won the majority with a pair of upset victories in Georgia, confirmation issues with other candidates largely dissipated. The announcement of the selection could come as early as Thursday, Sen. Dick Durbin (D-IL) told reporters on Wednesday.

You’ll recall President Obama nominated Garland to replace Supreme Court Justice Antonin Scalia, but Senate Republicans refused to give him a hearing or a vote. 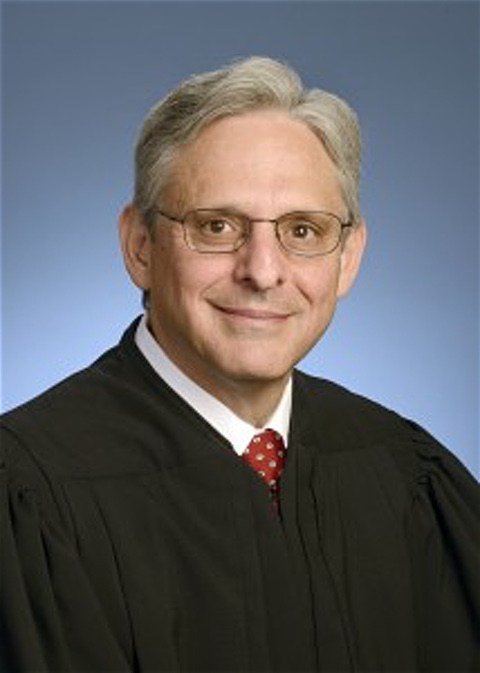 THIS will never happen.

You’ll recall Garland was President Obama’s nominee in 2016 who was blocked from consideration by Senate Republicans.

Trump had called Schumer on Tuesday afternoon for a Supreme Court-centered conversation that lasted less than five minutes, according to a person familiar with the call. Schumer, the person said, pressed the president to name Garland to succeed Kennedy, arguing doing so would help unite the country.

Schumer also warned the president that nominating a jurist who would be hostile to Roe vs. Wade, the landmark 1973 decision that established a woman’s right to an abortion, and to Obama’s signature health-care law, would be “cataclysmic” and damage Trump’s legacy, the person added, requesting anonymity since they were not authorized to speak publicly.

“Perhaps the most consequential issues at stake in this Supreme Court vacancy are affordable health care and a woman’s freedom to make the most sensitive medical decisions about her body,” Schumer wrote in a New York Times op-ed earlier this week. “The views of President Trump’s next court nominee on these issues could well determine whether the Senate approves or rejects them.”

Garland still serves on the U.S. Court of Appeals in Washington.

Coincidentally, that’s the same court as the current leading candidate on Trump’s list for the replacement spot on the high court, Judge Brett M. Kavanaugh. 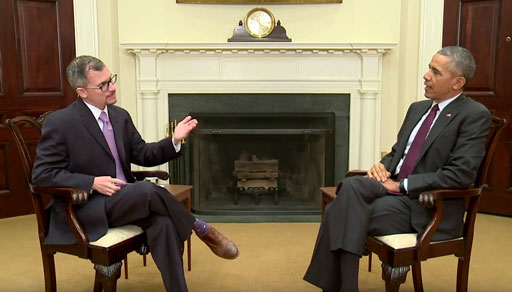 Obama nominated Judge Merrick Garland to the nation’s highest court after Justice Antonin Scalia died in February. Garland currently is the chief judge of the U.S. Court of Appeals for the D.C. Circuit.

Top Republicans have said they would not consider any nominee and maintain that they will not hold hearings or a vote for Garland — not necessarily because of his positions, but because, they say, the next president should decide who is nominated.

Sanders was clear in saying he would definitely support Garland’s nomination, but added that the nominee is not as progressive as he’d like. Sanders went on to say that should be be elected president this fall, he would ask Obama to withdraw the nomination so that a more progressive candidate could be put forward:

“Yes, I would. I think I’m 100% prepared to support Judge Garland. I think he’s clearly very knowledgeable and can serve ably on the Supreme Court. But between you and me, I think there are some more progressive judges out there. I have said over and over again that I do have a litmus test for a Supreme Court justice, and that litmus test is that justice must be loud and clear in telling us that he or she will vote to overturn this disastrous Citizens United Supreme Court decision. I am very worried about the future of American democracy and about the ability of billionaires to buy elections. That is my litmus test, and that’s what I would insist on.”

CNN is reporting that President Obama will nominate Merrick Garland, chief judge for the U.S. Court of Appeals for the Disctrict of Columbia Circuit to replace recently deceased Antonin Scalia on the U.S.Supreme Court.

Garland, 63, the chief judge for the U.S. Court of Appeals for the District of Columbia Circuit, has been on short lists before. An appointee of President Bill Clinton, Garland is a graduate of Harvard and Harvard Law School. As a Justice Department lawyer he supervised the investigations in the Unabomber case as well as the Oklahoma City bombing.

Senate Republicans do not plan to vet or have hearings on the nominee, and say the next President should be able to choose Scalia’s replacement. Obama and Democrats argue that with 10 months left in his term, there is plenty of time for the Senate to take up and confirm a new justice.

At 63, Garland is much older than the other contenders on the short list such as Judges Sri Srinivasan and Paul Watford. Garland’s supporters argue he is the nominee that the senators couldn’t refuse even in a contentious environment. “He’s the establishment of the establishment,” one backer said.

Garland was nominated to the D.C. appellate court in 1997 by President Bill Clinton and confirmed by the Senate by a vote of 76-23.

Garland is somewhat of a surprise given his age (63) and his centrist history as a judge, But perhaps that’s exactly the point in Obama making his choice.

Sen. Orrin Hatch (R-UT), the longest serving Republican on the Senate Judiciary Committee, offered his own thoughts on who President Obama should nominate to fill the seat left open by the death of Justice Antonin Scalia last week. “[Obama] could easily name Merrick Garland, who is a fine man,” Hatch told the conservative news site Newsmax, before adding that “he probably won’t do that because this appointment is about the election. So I’m pretty sure he’ll name someone the [liberal Democratic base] wants.”

UPDATE: U.S. Senate Majority Leader Mitch McConnell made the following remarks on the Senate floor today following the President’s announcement of his nomination of Judge Merrick Garland to the United States Supreme Court:

“The next justice could fundamentally alter the direction of the Supreme Court and have a profound impact on our country, so of course the American people should have a say in the Court’s direction…The American people may well elect a President who decides to nominate Judge Garland for Senate consideration. The next President may also nominate someone very different. Either way, our view is this: Give the people a voice in the filling of this vacancy.”

It may be news to Sen. McConnell, but the American people did have a say in the direction of the Supreme Court. It was called the 2012 presidential election when President Obama was reelected to a second FOUR year term with 332 electoral votes and more than five million more popular votes than his opponent. The people spoke loud and clear.